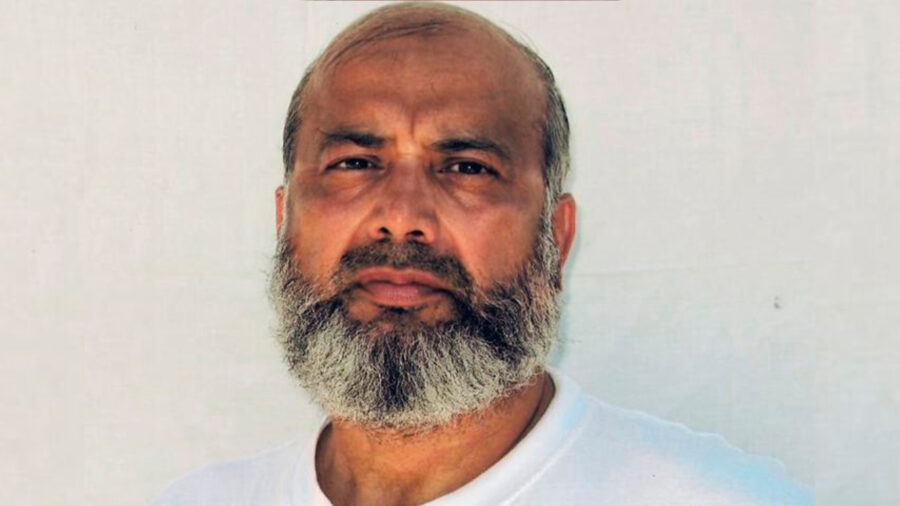 Save
Facebook Twitter link
The United States announced it has released its oldest detainee at Guantánamo Bay detention camp and repatriated him to Pakistan.

Pakistani national Saifullah Paracha, 75, was first detained at the facility in 2003. He was said to have provided substantive financial support to the al-Qaeda and Taliban terrorist groups in the immediate aftermath of the Sept. 11, 2001 attacks, and was also alleged to have been in contact with prominent terrorists, including Osama bin Laden and Khalid Sheikh Mohammed. His son was found guilty of laundering $200,000 into America from Pakistan for al-Qaeda.

He has never been charged before a military commission or any other tribunal with a crime against the United States. He was held as a law of war detainee.

The U.S. Department of Defense announced on Saturday that it “completed the requirements for responsible transfer” in consultation with its Pakistani partners.

“The United States appreciates the willingness of Pakistan and other partners to support ongoing U.S. efforts focused on responsibly reducing the detainee population and ultimately closing the Guantánamo Bay facility,” it added.

The Pakistani Ministry of Foreign Affairs also released a statement on Saturday confirming Paracha’s release and arrival in Pakistan.

“The Foreign Ministry completed an extensive inter-agency process to facilitate repatriation of Mr. Paracha. We are glad that a Pakistani citizen detained abroad is finally reunited with his family,” the ministry stated.

The Pentagon said a review committee had determined in May 2021 that Paracha “was no longer necessary to protect against a continuing significant threat to the security of the United States,” and that Secretary of Defense Lloyd Austin on Sept. 12 notified Congress that he intended to repatriate Paracha to Pakistan.

The same review committee had also determined in May 2021 that two other Guantánamo Bay detainees—Abdul Rabbani of Pakistan and Uthman Abdul al-Rahim Uthman of Yemen—were unnecessarily held at the facility, neither of whom were charged with a crime by the United States.

The main gate at the prison at the U.S. Guantánamo Naval Base in Guantánamo Bay, Cuba, on Oct. 16, 2018. (Sylvie Lanteaume/AFP via Getty Images)

Reprieve, a prisoner advocacy group working with Paracha, celebrated the latest news as “a huge win” but noted that Paracha is returning to his homeland and family as “a frail old man, after being taken in the prime of his life.”

“That injustice can never be rectified,” the group said, adding that Paracha “once described life at Guantánamo as ‘being alive in your own grave.'”

“U.S. embrace of indefinite detention without trial has done lasting damage,” the group said, advocating for the closure of Gitmo.

According to Reprieve’s version of events, “Saifullah was a successful businessman and philanthropist, kidnapped by U.S. personnel while in Thailand on a business trip. He was rendered to Bagram air base, a U.S. black site notorious for horrific torture of detainees. A year later, he was flown to Guantánamo in shackles. His health severely deteriorated during U.S. custody, including two heart attacks. He was unanimously cleared for release in May 2021 by U.S. security agencies but has only now been released and repatriated to Pakistan.”