Save
Facebook Twitter link
NEJAPA, El Salvador—Salvadorans celebrated a dangerous but beloved festival by lobbing fireballs at each other during night-time revelry that mixes religious and historical elements as masked participants dodged flaming projectiles and onlookers cheered them on.

The annual festival was held on Wednesday night in the town of Nejapa, a short drive north of the country’s capital San Salvador. It honors St. Jerome, the hamlet’s patron Roman Catholic saint, known as San Jeronimo in Spanish.

Festival organizers prepared for the fiery spectacle by soaking 3,000 cloth balls in gasoline, or double the normal amount, to mark the festival’s 100th anniversary and the first since the COVID-19 pandemic triggered cancellations of the event over the past couple years.

“This really makes me emotional, it’s a big passion for me,” said Nejapa resident Elmer Portal, his face colorfully painted. “This is our culture and it shows love for Nejapa.”

The festival is believed to re-enact an epic battle between St. Jerome and the devil.

According to one version, the saint was deep in prayer when the devil began throwing fireballs at him to distract him from his devotions. St. Jerome then fired back, and after a fierce fire fight, the holy man was able to force the devil to retreat.

Other versions of the story invoke volcanic eruptions centuries ago, and the heroic efforts of the saint to guide villagers to safer ground.

During the festival, flaming balls littered Nejapa’s main roadway as mostly young men wearing heavy gloves grabbed the fireballs before launching them into the air to a lively soundtrack of trumpets, drums and xylophones.

At least one person was treated by medical personnel for what appeared to be light injuries.

“Today we returned to celebrate in grand style from Nejapa for El Salvador, and for the world,” said the town’s mayor, Jorge Escamilla. 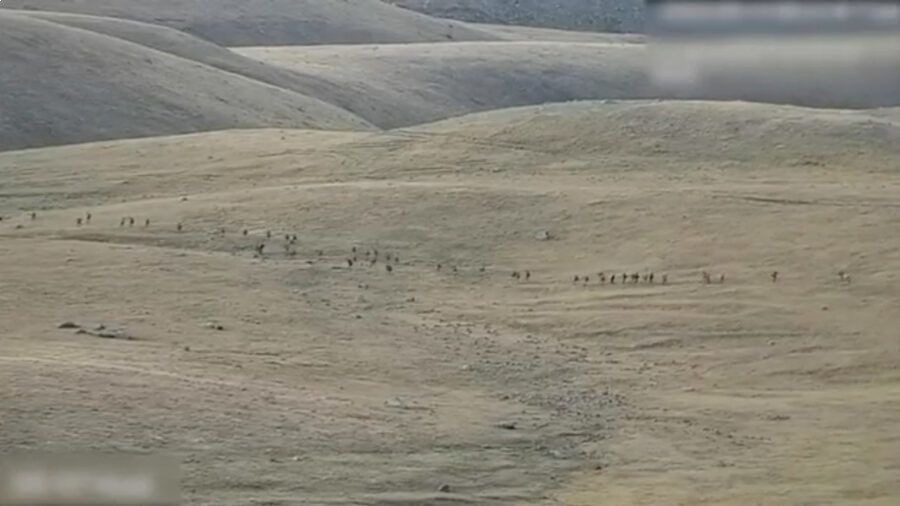