Save
Facebook Twitter link
Human Rights Watch said Sunday that it had documented a series of grave abuses allegedly committed by Russian forces in Ukraine, including rape and murder.

The documentation described by Human Rights Watch includes a case of repeated rape and two cases of extra-judicial execution of a total of seven men.

The claims are based on interviews with ten people conducted by Human Rights Watch. The Epoch Times has been unable to independently verify the claims and has reached out to Russia’s Ministry of Foreign Affairs for comment.

In one case, a woman identified as Olha told Human Rights Watch that a Russian soldier had repeatedly raped her on March 13 in a school in the Kharkiv region where she and her family had been sheltering.

Olha said that the soldier also beat her and cut her face, neck, and hair with a knife. She said she later managed to flee to Kharkiv, where she was able to get medical treatment, with Human Rights Watch saying it had reviewed several photographs documenting her facial injuries.

A man walks past a school that was damaged by fighting in Kharkiv, Ukraine, on March 27, 2022. (Thomas Peter/Reuters)

In another case, Russian forces on Feb. 27 rounded up six men in the village of Staryi Bykiv, in the region of Chernihiv, and executed them, according to a local woman named Tetiana.

“Most people were hiding in their basements because of shelling, and soldiers went door to door,” said Tetiana, who told Human Rights Watch she had spoken to the relatives of four of the men who were killed.

Tetiana recounted that the Russian soldiers took six men from three different families, telling them that they were taking the men away for interrogation. She said that Russian soldiers instead took the men “to the far end of the village, and shot them.”

A mass grave is seen behind a church in the town of Bucha, northwest of the Ukrainian capital Kyiv on April 3, 2022. (Sergei Supinsky/AFP via Getty Images)

In another case that reportedly took place on March 4, Russian forces summarily executed a man in Bucha, near Kyiv, and threatened to execute four others, according to a teacher who told Human Rights Watch she witnessed the killing.

The teacher, a woman not identified by name, said that Russian forces led about 40 people to a square in Bucha, checked their documents and interrogated them.

She said that, at one point, the Russian soldiers ordered five men in the group to take off their boots and jackets and forced them to kneel on the side of the road.

“Russian soldiers pulled their T-shirts, from behind and over their heads. They shot one in the back of the head,” the woman told Human Rights Watch.

People react as they gather close to a mass grave in the town of Bucha, just northwest of the Ukrainian capital Kyiv, on April 3, 2022. (Sergei Supinsky/AFP via Getty Images)

After several hours, the Russian soldiers took the people back to their homes, she said, while the four men remained kneeling when she left.

The young man’s body remained lying where he had been shot when she was able to leave Bucha on March 9, she said.

“The cases we documented amount to unspeakable, deliberate cruelty and violence against Ukrainian civilians,” Hugh Williamson, Europe and Central Asia director at Human Rights Watch, said in a statement.

“Rape, murder, and other violent acts against people in the Russian forces’ custody should be investigated as war crimes,” he added.

Russia has denied targeting civilians in what it calls a “special military operation” to disarm Ukraine and oust its leadership, which it regards as dangerous nationalists.

Over the weekend, reports emerged claiming that Ukrainian civilians had been massacred by Russian forces in Bucha, prompting Western outcry and calls for more sanctions against Moscow.

Ukraine’s Ministry of Defense posted footage that appeared to show dead civilians, including “some with hands tied behind their backs, their bodies scattered in the streets of the city.”

Dmytro Kuleba, Ukraine’s Foreign Minister, said on Twitter that the “Bucha massacre proves that Russian hatred towards Ukrainians is beyond anything Europe has seen since WWII,” as he posted photos of dead civilians that were allegedly targeted by Russian forces.

The Epoch Times couldn’t immediately verify the photos or footage.

Russia’s ministry of defense has denied claims that its forces had committed atrocities in Bucha, saying in a statement on Sunday that the photographs and videos published by the Ukrainian authorities alleging “crimes” by Russian troops in Bucha were a “provocation.” 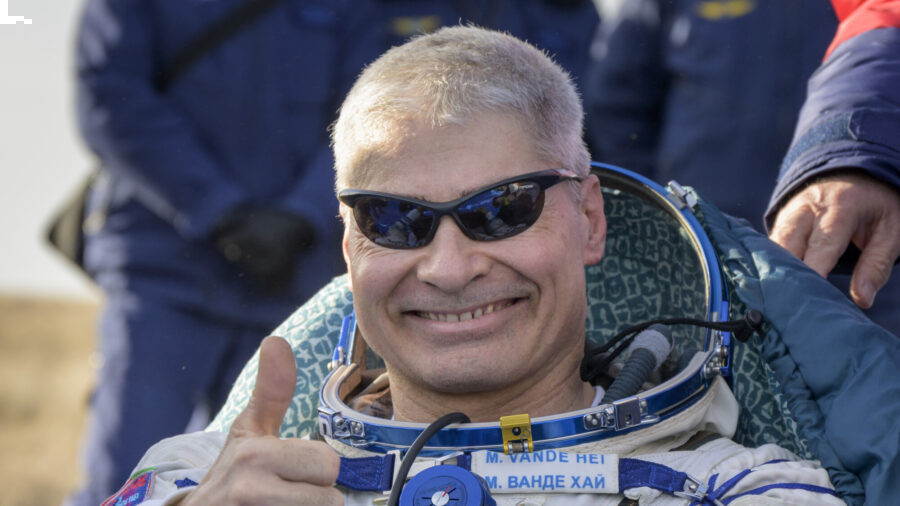