Save
Facebook Twitter link
France’s defense minister said Saturday that the country aimed to rebuild its relationship with Australia, following a failed submarine deal that led to a breakdown of relations between the two countries.

The comments by Sebastien Lecornu come after Australia said they will pay French defense contractor Naval Group a $584 million settlement after canceling an agreement last year that had been in place since 2016.

“On his request, I am going to meet the Defense Minister of the new Australian government,” Lecornu said in a statement on Twitter. “Our history and geography are shared… We must look to the future and rebuild cooperation on new foundations.”

France and Australia engaged in a very public spat in September 2021 after Australia pulled out of a multi-billion dollar defense deal that would have seen France provide them with nuclear-powered submarines, in favor of an agreement with the United States and United Kingdom.

Australia’s then-Prime Minister Scott Morrison said he had “deep and grave concerns” about the capabilities of the French submarines, and the trilateral partnership with the UK and US—dubbed AUKUS—better served national interests, and added he would “make no apologies for getting the right result from Australia.”

Speaking to France 2 TV channel in September, then-French Foreign Minister Jean-Yves Le Drian said there had been “lying, duplicity, a major breach of trust and contempt. This will not do. Things are not going well between us, they’re not going well at all.”

France recalled its ambassadors from Canberra and Washington for the first time in modern times, according to a French official, and in November, President Emmanuel Macron said Morrison had lied to him over the deal and that more needed to be done to rebuild trust between the two allies.

The new Labor government, elected last month and led by Prime Minister Anthony Albanese, has already made efforts to repair the relationship, after Macron called Albanese to congratulate him on his election.

“After acknowledging the severe breach of trust that followed the previous Prime Minister Scott Morrison’s decision to end the prospective submarine program,” the two leaders “agreed to rebuild a bilateral relationship founded on trust and respect,” the Elysee said in a statement.

Albanese announced on Saturday that the two countries had reached a 555 million euro ($583.58 million) settlement over the scrapped deal, calling it “fair and equitable.”

“Given the gravity of the challenges that we face both in the region and globally, it is essential that Australia and France once again unite to defend our shared principles and interests,” Albanese said in a separate statement. Australia Hits Back at Djokovic: Nobody Has Guaranteed Entry 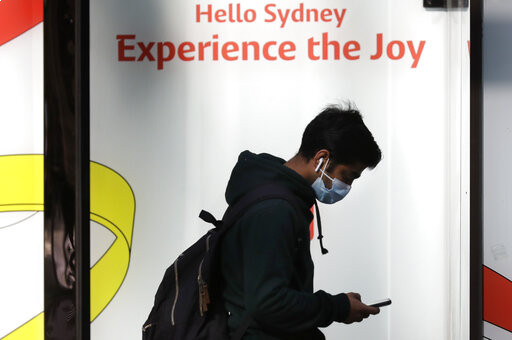