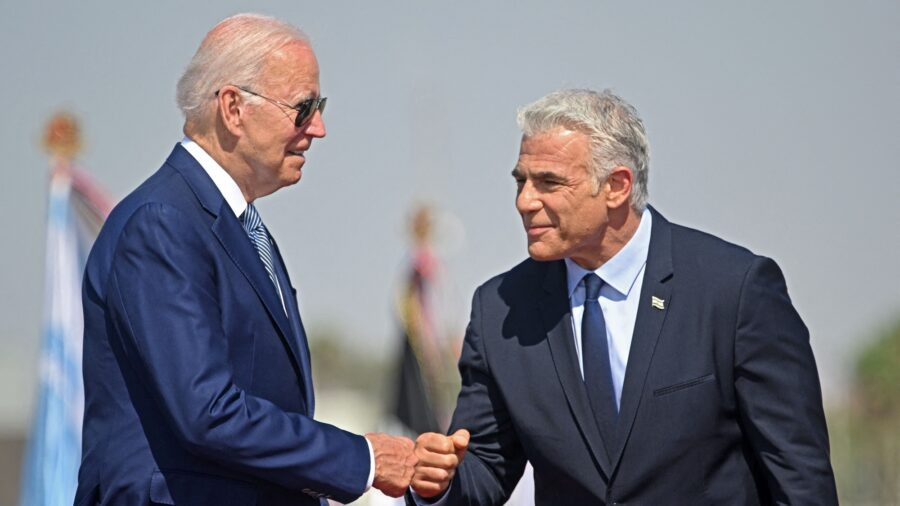 Save
Facebook Twitter link
President Joe Biden will likely not shake hands during his Middle East trip, the White House indicated shortly before Air Force One arrived in Israel.

There are concerns about an increase in COVID-19 cases and other metrics, triggering the shift in normal protocol, national security adviser Jake Sullivan told reporters.

“I think just the simplest way for me to put it is that we’re in a phase of the pandemic right now where we’re looking to increase masking, reduce contact, to minimize spread,” Sullivan said on Air Force One. “That’s the approach we’re taking. How exactly that plays out in any given interaction is something that we will see unfold.”

While Biden tested negative for COVID-19 before departing the United States, and has shaken hands during domestic events in recent days, the change is “not abnormal” because trips outside the country trigger precautions, according to Sullivan.

The decision was made by Biden’s doctor, White House press secretary Karine Jean-Pierre told reporters. She called the moves “reasonable” because of the rise of BA.4 and BA.5, two subvariants of the Omicron strain of the virus that causes COVID-19.

Early evidence indicates both BA.4 and BA.5 are more transmissible than earlier subvariants and strains, but there is no evidence showing either causes more severe disease.

Still, the transmissibility factor means the CCP (Chinese Communist Party) virus can better bypass the protection from vaccines, according to recent studies. That may also apply to protection from prior infection.

The shift in protocol is meant to “minimize contact as much as possible,” Jean-Pierre said. “That is what the focus is going to be on this trip.”

When Biden deplaned in Israel, he bumped fists with several officials who greeted him. He also put a hand on the shoulder of more than one.

Prime Minister Yair Lapid and President Isaac Herzog were among the contingent at Ben Gurion Airport.

Biden was later shown the Iron Dome and Iron Beam, two defense systems that protect Israel from attacks. He was slated to visit the Yad Vashem Holocaust museum in Jerusalem, receive Israel’s Presidential Medial of Honor, and visit American athletes competing in the Maccabiah Games.

After his time in Israel, Biden plans to travel to Saudi Arabia. 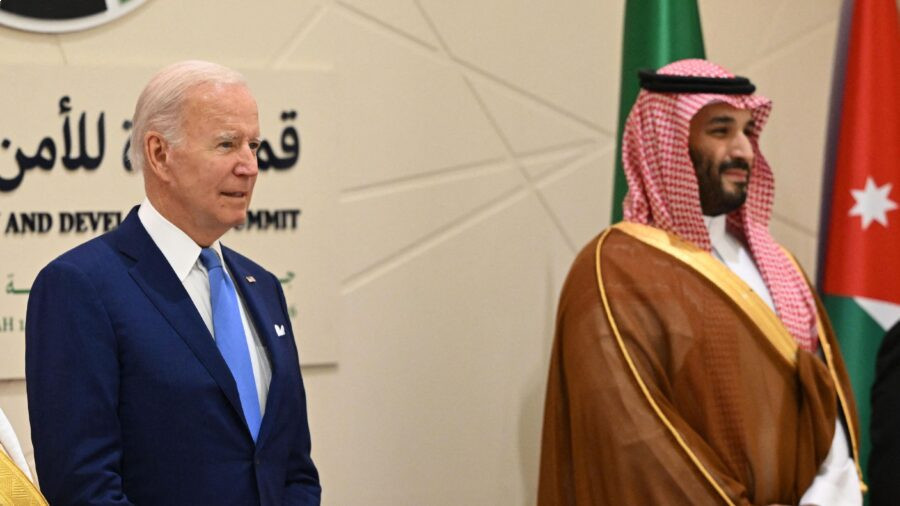