Save
Facebook Twitter link
QUETTA, Pakistan—Insurgents armed with bombs and guns attacked two Pakistani military bases overnight, killing seven soldiers while losing 13 of their own men, the army said on Thursday, in the latest violence in the resource-rich southwestern Balochistan province where China is investing.

The attacks came hours before Pakistani Prime Minister Imran Khan arrived in Beijing for the opening of the Winter Olympics, where he will have meetings with Chinese leader Xi Jinping and other leaders.

The army said the attacks were simultaneous and coordinated, and that some of the attackers were still encircled by the military.

Ethnic Baloch guerrillas have been fighting the government for decades for a separate state, saying the central government unfairly exploits Balochistan’s rich gas and mineral resources.

The Baloch Liberation Army (BLA) group claimed responsibility in a statement sent to a Reuters reporter, saying its suicide bombers had detonated explosive-laden vehicles at the entrances of the bases killing more than 100 soldiers.

A security official dismissed that figure as “utterly rubbish.”

Last week, the insurgents killed 10 soldiers in an attack on a post near the port of Gwadar on the Arabian Sea, the heaviest casualty toll for the army in the Balochistan insurgency in years.

“As per initial investigation, intelligence agencies have intercepted communications between terrorists and their handlers in Afghanistan and India,” the Pakistani army said.

Baloch guerrillas usually attack gas projects, infrastructure, and the security forces. They also attack Chinese projects, and occasionally kill Chinese workers despite Pakistani assurances that it is doing everything it can to protect the projects.

China is involved in the development of the Gwadar port and other projects in the province as part of a $60 billion China-Pakistan Economic Corridor, which is part of Beijing’s Belt and Road initiative.

Khan and his team would be exploring economic opportunities on the visit to Beijing, including trying to persuade Chinese businesses to set up in Pakistan, Finance Minister Shaukat Tarin said.

By Gul Yousafzai and Asif Shahzad 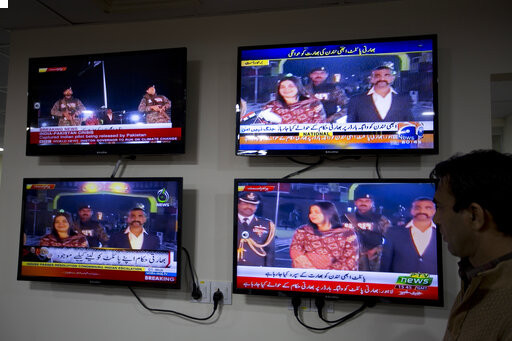