Save
Facebook Twitter link
YEREVAN, Armenia—Armenia and Azerbaijan negotiated a cease-fire to end a flare-up of fighting that has killed 155 soldiers from both sides, a senior Armenian official said early Thursday.

Several hours before Grigoryan’s announcement, Armenia’s Defense Ministry reported that shelling had ceased but it didn’t mention the cease-fire deal.

The cease-fire declaration followed two days of heavy fighting that marked the largest outbreak of hostilities between the two longtime adversaries in nearly two years.

Late Wednesday, thousands of protesters took to the streets of Armenia’s capital accusing Prime Minister Nikol Pashinyan of betraying his country by trying to appease Azerbaijan and demanding his resignation.

Armenia and Azerbaijan traded blame for the hostilities, with Armenian authorities accusing Baku of unprovoked aggression and Azerbaijani officials saying their country was responding to Armenian shelling.

Pashinyan said 105 of his country’s soldiers had been killed since fighting erupted early Tuesday, while Azerbaijan said it lost 50. Azerbaijani authorities said they were ready to unilaterally hand over the bodies of up to 100 Armenian soldiers.

The ex-Soviet countries have been locked in a decades-old conflict over Nagorno-Karabakh, which is part of Azerbaijan but has been under the control of ethnic Armenian forces backed by Armenia since a separatist war there ended in 1994.

During a six-week war in 2020, Azerbaijan reclaimed broad swaths of Nagorno–Karabakh and adjacent territories held by Armenian forces. More than 6,700 people died in the fighting, which ended with a Russia-brokered peace deal. Moscow deployed about 2,000 troops to the region to serve as peacekeepers under the deal.

Azerbaijanian servicemen cross the Armenian-Azerbaijani border and approach the Armenian positions in a still from video released on Sept. 13, 2022. (Armenian Defense Ministry via AP)

He told lawmakers that his government has asked Russia for military support under a friendship treaty between the countries, and also requested assistance from the Collective Security Treaty Organization (CSTO).

“We don’t see military intervention as the only possibility, because there are also political and diplomatic options,” Pashinyan said, speaking in his nation’s parliament.

He told lawmakers that Armenia is ready to recognize Azerbaijan’s territorial integrity in a future peace treaty, provided that it relinquishes control of areas in Armenia its forces have seized.

“We want to sign a document, for which many people will criticize and denounce us and call us traitors, and they may even decide to remove us from office, but we would be grateful if Armenia gets a lasting peace and security as a result of it,” Pashinyan said.

Some in the opposition saw the statement as a sign of Pashinyan’s readiness to cave in to Azerbaijani demands and recognize Azerbaijan’s sovereignty over Nagorno-Karabakh. Thousands of angry protesters quickly descended on the government’s headquarters, accusing Pashinyan of treason and demanding he step down.

Pashinyan angrily denied reports alleging that he had signed a deal accepting Azerbaijani demands as an “information attack.” Grigoryan, the Security Council’s secretary, denounced the protests in Yerevan, describing them as an attempt to destroy the state.

Arayik Harutyunyan, the leader of Nagorno-Karabakh, reacted to the uproar by saying that the region will not agree to come into the Azerbaijani fold and will continue pushing for its independence.

As tensions rose in Yerevan, Moscow has engaged in a delicate balancing act in seeking to maintain friendly ties with both nations. It has strong economic and security ties with Armenia, which hosts a Russian military base, but also maintains close cooperation with oil-rich Azerbaijan.

Some observers saw the outbreak of fighting as an attempt by Azerbaijan to force Armenian authorities into faster implementation of some of the provisions of the 2020 peace deal, such as the opening of transport corridors via its territory.

“Azerbaijan has bigger military potential, and so it tries to dictate its conditions to Armenia and use force to push for diplomatic decisions it wants,” Sergei Markedonov, a Russian expert on the South Caucasus region, wrote in a commentary.

Markedonov noted that the current flare-up of hostilities comes just as Russia has been forced to pull back from areas in northeastern Ukraine after a Ukrainian counteroffensive, adding that Armenia’s request for assistance has put Russia in a precarious position.

Russian President Vladimir Putin and leaders of other CSTO members discussed the situation in a call late Tuesday, urging a quick cessation of hostilities. They agreed to send a mission of top officials from the security alliance to the area.

On Friday, Putin is set to hold a meeting with Azerbaijani President Ilham Aliyev in Samarkand, Uzbekistan, where they both plan to attend a summit of the Shanghai Cooperation Organization, a security grouping dominated by Russia and China. The Armenian government said that Pashinyan, who also was due to attend the summit, would not show up because of the situation in the country.

In Washington, a group of lawmakers supporting Armenia lobbied the Biden administration. U.S. Rep. Adam Schiff, the influential Democratic chairman of the House Intelligence Committee, and four other members of Congress called on the White House and State Department to “unequivocally condemn Azerbaijan’s actions and cease all assistance” to Azerbaijan. 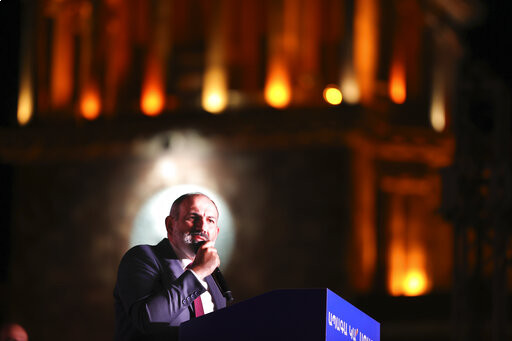 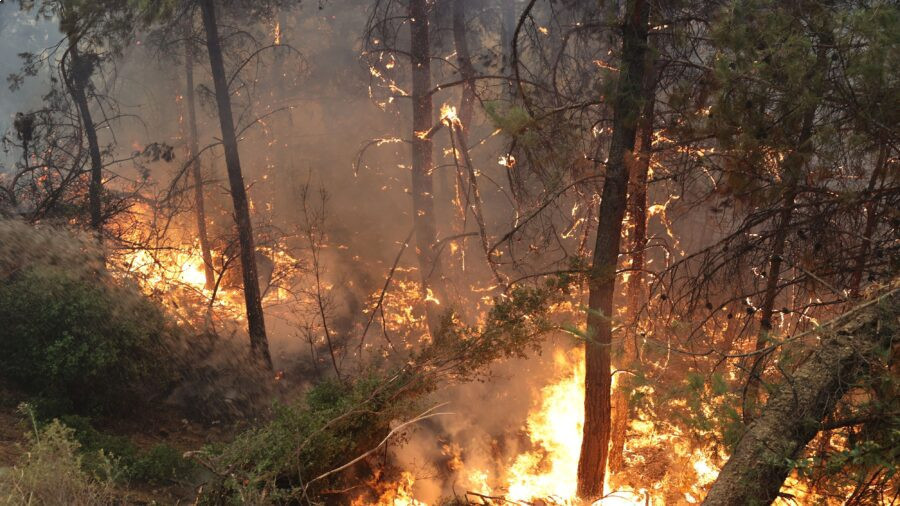