Save
Facebook Twitter link
Homeland Security Secretary Alejandro Mayorkas on Sunday said his department will continue to warn migrants to not show up at the U.S.-Mexico border, as the current “Remain in Mexico” policy is not going away for “several weeks.”

Appearing on CBS’ “Face the Nation,” Mayorkas was asked whether the border enforcement agencies have the manpower and resources needed to handle “thousands of people who departed on Friday and are moving towards the U.S. border.” He responded by blaming “exploitative smugglers” who use “false information” to motivate migrants to illegally cross the border.

“We have said repeatedly and we continue to warn people not to take the dangerous journey,” Mayorkas told CBS’ Margaret Brennan, noting that his department is working with “our partners to the south” to “break up very often” migrant caravans. “We continue to enforce immigration law, as is our legal responsibility.”

“These migrants receive false information from smugglers,” he added. “They put their lives, their life savings, in the hands of these exploitative organizations, these criminal organizations that do not care for their lives and only seek to make a profit.”

Brennan pressed Mayorkas about the effectiveness of the Biden administration’s methods, pointing out that even last week’s tragedy, during which 53 illegal immigrants were found dead in a tractor-trailer in San Antonio, Texas, didn’t seem to deter people from coming to the border en masse.

“Those words are not being heard—people are moving right now, so the efforts to stop the root causes are not stopping them,” she said, referring to President Joe Biden’s strategy to “address the root causes of migration in Central America.” “Are you predicting that this is only going to get more significant from here, that we’re going to go beyond the record surge in migrants?”

“No, I’m not predicting that at all,” the secretary replied. “We’re working with our partners to the south because this is a regional challenge that requires a regional response.”

Mayorkas was also asked about the fate of the Trump-era Migrant Protection Protocols (MPP), which requires foreign nationals who claim to be asylum seekers to stay in Mexico while their cases are being processed. On Thursday, a divided U.S. Supreme Court ruled that the Biden administration has the authority to end MPP, which is commonly known as “Remain in Mexico.”

According to Mayorkas, MPP will continue to be enforced for now because it takes time for the lower court to lift its injunction that prevents the Biden administration from ending the protocol.

In a 5–4 ruling, the Supreme Court ruled against Texas and Missouri, which had argued that the Biden administration violated the federal immigration law by rescinding MPP. Chief Justice John Roberts and Justice Brett Kavanaugh joined the three liberal justices in the majority.

Texas Attorney General Ken Paxton said the case was “wrongly decided” and will only “make the border crisis worse.” He said he agrees with the dissenting opinion penned by Justice Samuel Alito, who said the government can’t guarantee that those who have already been released into the United States for later processing will show up for their scheduled asylum hearing to decide if they qualify for asylum.

“In fiscal year 2021, the Border Patrol reported more than 1.7 million encounters with aliens along the Mexican border,” Alito wrote. “When it appears that one of these aliens is not admissible, may the Government simply release the alien in this country and hope that the alien will show up for the hearing at which his or her entitlement to remain will be decided?”

“Congress has provided a clear answer to that question, and the answer is no.” 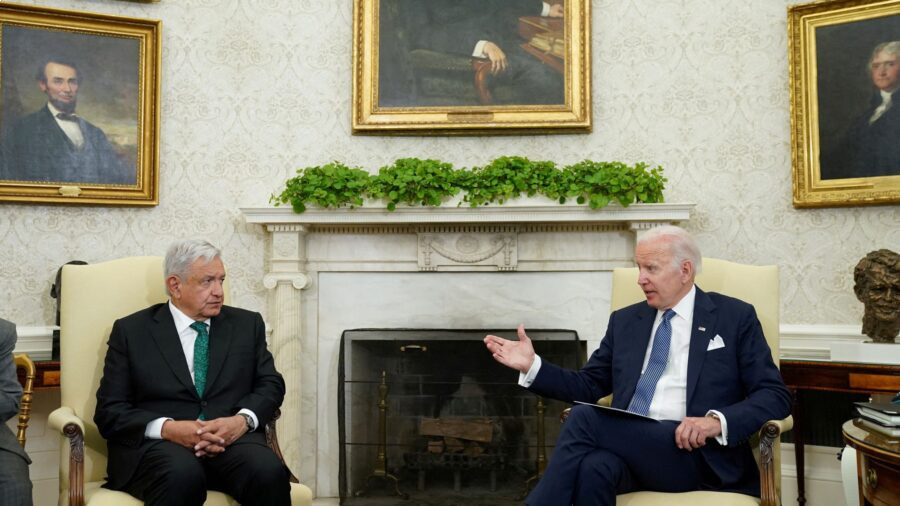