Save
Facebook Twitter link
Amazon founder Jeff Bezos questioned whether Twitter will fall under the influence of the Chinese regime, hours after Tesla CEO Elon Musk secured a $44 billion buyout of the social media firm.

“Interesting question. Did the Chinese government just gain a bit of leverage over the town square?” Bezos wrote on Twitter, responding to a post by a New York Times reporter who outlined the ties between Tesla and Beijing.

“Tesla’s second-biggest market in 2021 was China (after the US) [and] Chinese battery makers are major suppliers for Tesla’s EVs,” the post said. “After 2009, when China banned Twitter, the government there had almost no leverage over the platform.”

Bezos’s “town square” is an apparent reference to Musk’s Twitter post after securing the deal. The Tesla chief wrote, “Free speech is the bedrock of a functioning democracy, and Twitter is the digital town square where matters vital to the future of humanity are debated.”

Less than two hours after his initial post, Bezos decided to back away from his own question.

“My own answer to this question is probably not. The more likely outcome in this regard is complexity in China for Tesla, rather than censorship at Twitter,” Bezos wrote on Twitter. “But we’ll see. Musk is extremely good at navigating this kind of complexity.”

Bezos’s response to his own question caught the attention of Charles Mok, a former pro-democracy lawmaker in Hong Kong and a current visiting scholar at Harvard University.

“You may be right. Maybe China did not gain more of a leverage,” Mok wrote on Twitter. “Twitter is not high enough on China’s list. They already have a lot of that from Mr Musk. What he wouldn’t do or say about China, already.”

Tesla has enjoyed enormous success in China, with its wholly-owned factory in Shanghai producing about half of its cars sold around the world in 2021. Its success in the Chinese market has been driven in part by cheap loans the company secured from China’s state-run banks and tax breaks the electric carmaker obtained from Beijing.

Publicly, Musk has praised the Chinese regime on several occasions. In January 2021, Musk lauded the regime as being “more responsible” than the United States, a remark drawing approval from China’s foreign ministry. The ministry’s spokesperson, Hua Chungying, applauded Musk for making “an objective statement” during a daily briefing on Jan. 8, 2021.

On July 1 last year, Musk took to Twitter to praise China’s economic prosperity as “truly amazing,” in response to China’s state-run media Xinhua’s post on remarks made by Chinese leader Xi Jinping marking the 100th anniversary of the Chinese Communist Party. According to the Twitter post, Xi said China was becoming “a great modern socialist country in all respects.”

On April 26, Wang Wenbin, China’s foreign ministry spokesperson, shut down the suggestion that Beijing could try to use leverage over Tesla to influence Twitter during a daily briefing. He said there was “no basis” that Beijing would do so.

Peter Schweizer, author of the book “Red-Handed: How American Elites Get Rich Helping China,” told The Epoch Times in March that Musk has tempered his criticism of the Chinese regime’s human rights abuses because of his commercial stake in China.

“He’s very outspoken on lots of issues, but he’s not going to be outspoken on China because of this leverage that Beijing has over him,” Schweizer said. “If you look at the statements that are made by Tesla to shareholders, China’s the future of this company.”

Bezos is not the only one to raise concerns about Twitter’s future.

Issac Stone Fish, a visiting fellow at the Washington-based think tank Atlantic Council, also took to Twitter to highlight Musk’s relationship with Beijing. He is also the author of “America Second: How America’s Elites Are Making China Stronger.”

“For years, Elon Musk and Tesla have ingratiated themselves with Beijing, and even encouraged and supported censorship in China,” he wrote. “Retweet if you’re worried that Musk’s cozy relationship with Beijing will hurt Twitter’s ability to protect freedom of speech.” 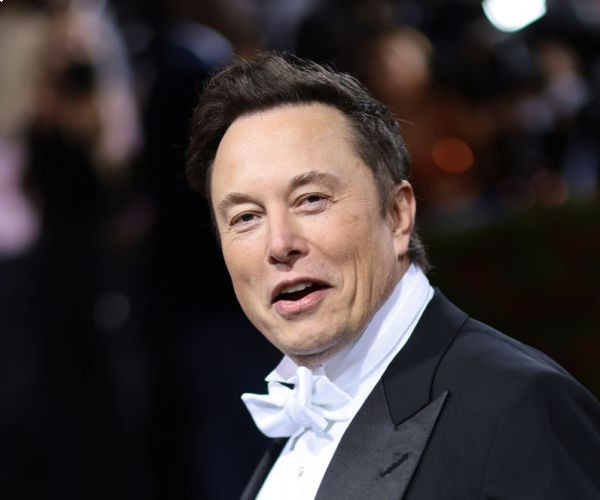