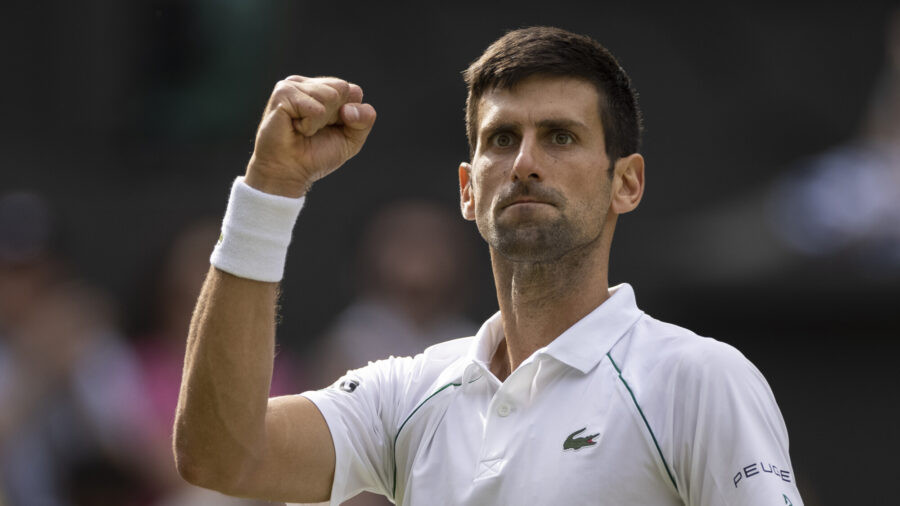 Save
Facebook Twitter link
Unvaccinated players are not barred from participating in Wimbledon, clearing the path for Novak Djokovic to defend his men’s singles title in June.

The CEO of All England Lawn Tennis Club, Sally Bolton, said Tuesday the tournament would not mandate vaccination against COVID-19, adding participants are not required to quarantine on arrival ahead of the tournament.

“The requirements set up do not include mandatory vaccination,” Bolton said. “It will not be a condition of entry for the championships this year.”

Wimbledon begins June 27, when Djokovic has a shot at becoming a seven-time champion on the grass court.

Djokovic, a 34-year-old Serb who is ranked No. 1, missed the Australian Open in January after being deported from that country because he was not vaccinated against COVID-19.

Djokovic plans to compete in the French Open and publicly objected to Wimbledon’s ban of Russian and Belarusian players from the 2022 event. Bolton said Tuesday the decision was made under direct guidance from the British government.

Among the banned players on the men’s side are World No. 2 Daniil Medvedev and No. 8 Andrey Rublev.

It’s the first time since immediately after World War II that players were banned on the basis of nationality, when Germans and Japanese were barred.

Djokovic is seeking his 21st major championship, and is currently one behind Rafael Nadal with 20 Grand Slam titles.