Save
Facebook Twitter link
NBA free agent Enes Kanter Freedom recently launched the Enes Kanter Freedom Foundation to help fight for religious liberty and human rights around the world. Freedom said it’s time to take action and work with leaders on both sides of the aisle to ensure these freedoms. This is because what’s most important to Freedom is his responsibility to young people, he told NTD.

Freedom believes that athletes like him “have an amazing outreach … if you’re an athlete, there are millions of kids out there idolizing you and following your footsteps; this is a huge responsibility. So whatever you do, just go out and try to inspire as many kids as you can. And trust me, that is bigger than your next paycheck,” Freedom said.

His foundation’s mission, in part, is to unite young people of all religious faiths and backgrounds by promoting team spirit and athleticism.

“It aims to stand up for human rights, democracy, freedom of speech, freedom of religion, freedom of expression, and freedom of protest, and poverty alleviation and social harmony around the globe,” Freedom told NTD China Insider in a recent interview at the International Religious Freedom Summit.

Freedom revealed he’s also working with U.S. politicians on both sides of the aisle to end the abuses perpetrated by the Chinese Communist Party (CCP) around the world, from mainland China to Tibet.

He said he gets attacked on social media for speaking out about the CCP’s crimes, particularly organ harvesting, but that does not faze him because he knows what he is doing is right. Some Chinese invite him to see how good China is for themselves but he calls them out on that.

“I’m like, okay, let me take my camera crew and come. [The] first couple days, you can do all the kinds of propaganda you want; I’m cool with it. But then take me to Xinjiang, take me to Tibet, take me to Hong Kong, and then when we are done, let’s go see Taiwan, see what the real democracy is about,” Freedom said he told Beijing. He got no answer.

Freedom was born in Switzerland to Turkish parents but has been declared persona non grata by the Turkish government because of his outspokenness about his country’s own human rights abuses. In 2017, his Turkish passport was revoked, leaving him unable to visit his family in Turkey.

Freedom was recently left without a team in the NBA after he was traded by the Boston Celtics only to be released by the Houston Rockets, which he has attributed to his outspokenness against the CCP.

He has been fiercely critical of the regime since the summer of 2021, when one of the parents of a young Muslim participant at a basketball camp called his attention to Beijing’s rights violations. The parents told him, “How can you call yourself a human rights activist when your Muslim brothers and sisters are getting tortured and raped every day in concentration camps in China?”

Freedom, who had principally focused on rights issues in his home country of Turkey in the past decade, said that question stunned him and compelled him to do research.

The athlete has since called out the regime for a range of abuses, including those committed in Tibet and Xinjiang, as well as within China, including the regime’s crimes of killing persecuted individuals for their vital organs—an atrocity that has killed hundreds of thousands of Falun Gong prisoners of conscience.

The shoes of Enes Kanter #13 of the Boston Celtics before the Celtics home opener against the Toronto Raptors at TD Garden, in Boston, Mass., on Oct. 22, 2021. (Maddie Meyer/Getty Images)

“When the organization that you play for cannot take the exposure of hypocrisy, that’s why it’s been very lonely and tough, to be honest,” Freedom said during a recent interview with NTD Capitol Report.

“I’m like, well, maybe I lost my job, but now, I have a new family,” Freedom said of his decision to continue speaking up about the CCP’s abuses.

Freedom grew up in Turkey when there was a lot of political turmoil and he remembers his 9-year-old peers burning American flags and Israeli flags. Leaders were telling him to hate those people, which frightened and confused him, he said, so, in order to understand, he ran and asked his mother for guidance.

“Mom, you know my friends were telling me to hate America, hate Israel, hate Christians, hate Jewish people. What should I do? And my mom was like, I’m not going tell you what to do, but do not hate anyone before you meet them,” Freedom recounted.

Freedom said he wants to learn about other religions because, when he arrived in the United States, he was shown respect and people took an interest in his faith.

“Everyone in the world should experience this. I’m here [at the International Religious Freedom Summit], first of all, to learn, not to talk, and educate myself about what’s going on around the world so I can be helpful to them,” Freedom said.

Freedom adopted his new last name last year as part of his process of becoming a U.S. citizen. 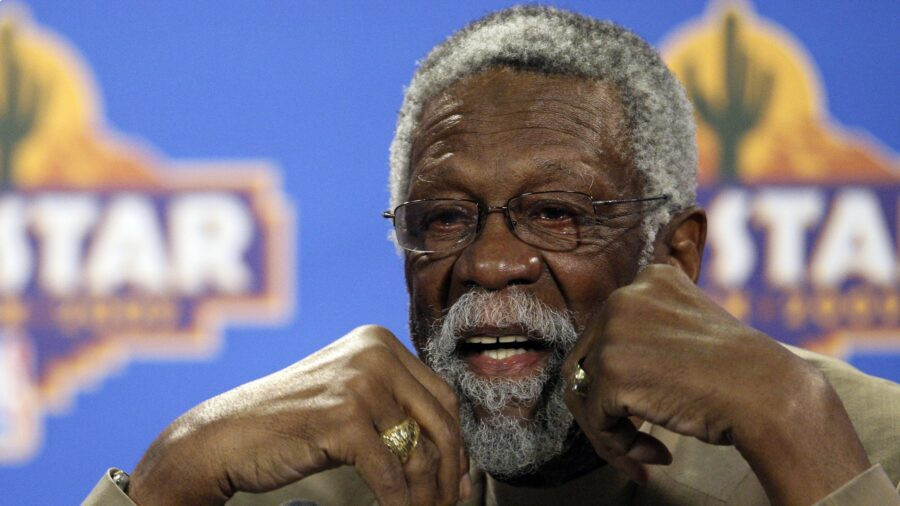