Save
Facebook Twitter link
LOS CONDORES, Argentina—Lionel Messi has been immortalized in Argentina in tributes ranging from tattoos to murals after leading the national team to win the soccer World Cup. Now his face can be seen from the heavens too—on a specially designed corn field.

The field in Los Condores in central Cordoba Province was sown using an algorithm that calculated where seeds would need to be planted so that when the corn grew it created a huge visual image of Messi’s bearded visage.

“For me Messi is unbeatable,” said Maximiliano Spinazze, the crop farmer who planted the unusual crop formation as a celebration of the team’s victory, their first World Cup since Diego Maradona led the team in 1986.

“Now they are world champions, I am delighted this can be expressed by planting the crop.”

The face of Argentine football star Lionel Messi is depicted in a corn field sown with a special algorithm to plant seeds in a certain pattern to create a huge visual image when the corn plants grow in Los Condores, on the outskirts of Cordoba, Argentina, on Jan. 15, 2023. (Agustin Marcarian/Reuters)

The soccer-mad South American country is a major agricultural producer, the third largest global exporter of corn. Farming is its main export driver, though football may be its top claim to fame.

Carlos Faricelli, a farming engineer, designed the coding for the machines sowing the seeds that enabled them to plant in a precise pattern to create the eventual image, with certain areas more dense with seeds than others.

“I had the idea to make a code that goes in the seeders with Messi’s face as a tribute,” he said, adding he had then made the code available for any farmers “who dared to plant it.”

Using geocoding tools, the machinery knows how much seed per square meter it has to put in certain places to create the contrast for different parts of Messi’s face, Faricelli said.

“So when this corn grows and an aerial shot is taken, where the plants are closer together and the ground is less visible, a more intense green contrasts with where there are fewer plants and then this kind of agriculture art is created.” 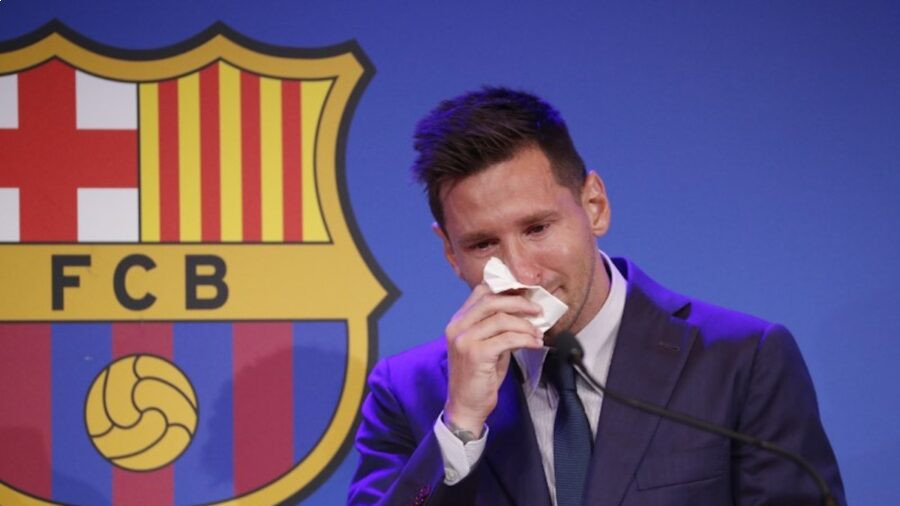 Messi Breaks Down, Says He Wasn’t Ready to Leave Barcelona Barca Says Even Cut-Price Messi Too Expensive to Keep Messi to Leave Barcelona Due to ‘Financial Obstacles’: Club Statement