The SpaceX-built launch vehicle, consisting of a Crew Dragon capsule perched atop a two-stage Falcon 9 rocket, was set for liftoff at 9:03 p.m. from NASA’s Kennedy Space Center in Cape Canaveral, Florida.

If all goes smoothly, the three U.S. astronauts and their European Space Agency (ESA) crewmate will arrive about 22 hours later and dock with the space station 250 miles (400 kilometers) above the Earth to begin a six-month science mission aboard the orbiting laboratory.

Liftoff originally was slated for Oct. 31 but has been repeatedly rescheduled due to a spate of bad weather. One delay was attributed to an unspecified medical issue with a crew member, the first such health-related launch postponement for a NASA mission since 1990.

As of late Tuesday night the crew, their spacecraft, and ground-based launch teams were all ready for liftoff, and “the weather is go for launch,” NASA commercial crew manager Steve Stich told reporters during a pre-flight briefing.

The three rookies will become the 599th, 600th, and 601st humans in space, according to SpaceX.

Both Chari and Barron were also among the first group of 18 astronauts selected last year for NASA’s upcoming Artemis missions, aimed at returning humans to the moon later this decade, more than a half century after the Apollo lunar program ended.

Stich said spaceflight experience in low-Earth orbit and aboard the space station “is a great training ground for those kind of skills that we’ll need for return to the moon on Artemis.”

Marshburn, a physician and former NASA flight surgeon, is the most experienced astronaut of the crew, having logged two previous spaceflights and four spacewalks. He was part of a 13-member team that helped assemble the space station in 2009 and returned to the orbiting outpost in a 2012–2013 mission.

Wednesday’s liftoff, if successful, would count as the fifth human spaceflight SpaceX has achieved to date, following its “Inspiration 4” launch in September that sent an all-civilian crew to orbit for the first time.

The latest mission would mark the fourth crew NASA has launched to orbit aboard a SpaceX vehicle in 17 months, building on a public-private partnership with the rocket company formed in 2002 by Musk, also founder of electric maker Tesla Inc.

Their collaboration helped usher in a new era for NASA leading to last year’s first launch of American astronauts from U.S. soil in nine years, since it quit flying space shuttles in 2011.

The team set for blastoff on Wednesday has been designated “Crew 3″—the third full-fledged “operational” crew NASA and SpaceX have flown to the space station after a two-astronaut trial run in May 2020.

The four astronauts of “Crew 2” safely returned to Earth late on Monday from a record 199 days in orbit, splashing down in the Gulf of Mexico off Florida after an eight-hour voyage home from the space station.

Crew 3 will be welcomed aboard the space station by its three current residents—two cosmonauts from Russia and Belarus and a U.S. astronaut who shared a Soyuz flight to the orbiting platform earlier this year.

By Joe Skipper and Steve Gorman 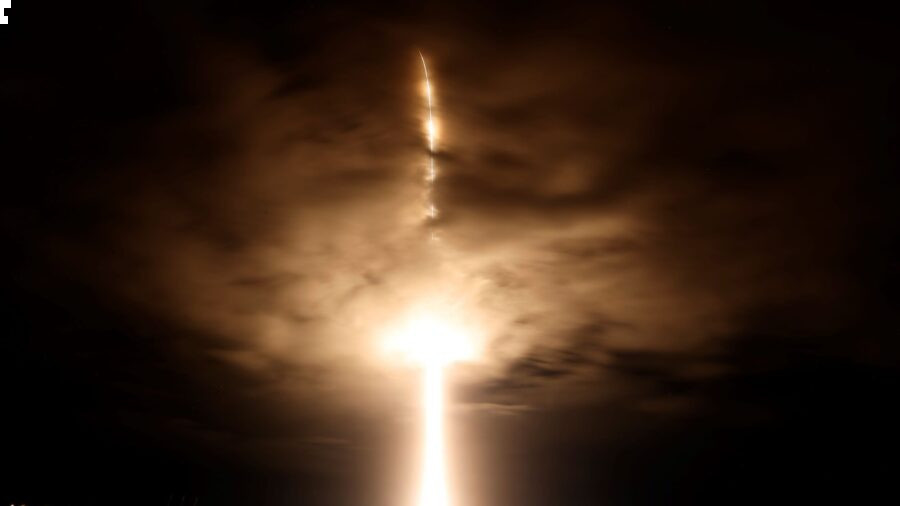 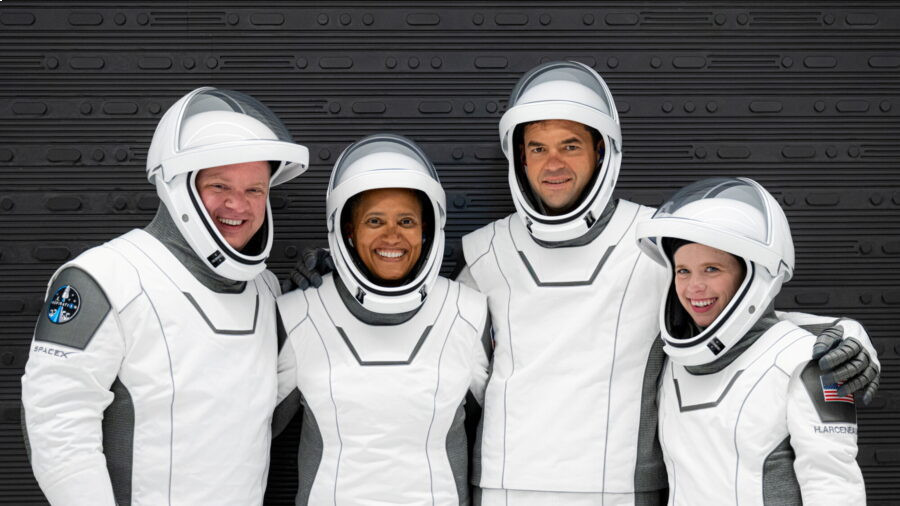