Save
Facebook Twitter link
President Joe Biden could sign a defense funding bill that includes the termination of the military’s COVID-19 vaccine mandate, the White House signaled on Dec. 7.

John Kirby, a White House spokesperson, declined to say whether Biden would sign the measure if the removal of the mandate remains, but also did not say Biden would veto it.

Instead, Kirby said including the provision in the National Defense Authorization Act (NDAA) was “a mistake.”

“Making sure our troops are ready to defend this country and prepared to do so that remains the President’s priority and the vaccine requirement for COVID does just that,” Kirby said during a briefing on Dec. 7, news outlets reported. “But Republicans in Congress have obviously decided that they’d rather fight against the health and well-being of those troops, rather than protecting them.”

The Biden administration has maintained the mandate despite plunging vaccine effectiveness and weaker virus variants, to the consternation of some troops, lawmakers, and others.

A bipartisan agreement on the initial version of the NDAA, unveiled late Tuesday, includes the forced termination of the mandate.

Defense Secretary Lloyd Austin, a Biden appointee who imposed the mandate in August 2021, would have 30 days to rescind the mandate if the bill passes as is.

The NDAA is the annual military funding bill.

Biden could veto the measure if both chambers pass it. Congress would need a two-thirds vote in both chambers to override a veto.

Including the forced termination of the mandate “is a huge win for the men and women of our Armed Forces,” Rep. Roger Williams (R-Texas) said in a statement.

Other Republicans also celebrated the move.

“Republicans have forced Democrats to accept language in the NDAA to repeal the vaccine mandate for the military! I’ve been fighting to eliminate this mandate since day one, and I’m so thankful we finally got it over the finish line!” Rep. Jeff Duncan (R-S.C.) said.

“The end of the vaccine mandate for troops will be a big win, and it’s happening because conservatives stood strong for what we believe in and didn’t back down,” Sen. Mike Braun (R-Ind.) said.

Senate Minority Leader Mitch McConnell (R-Ky.) said on the Senate floor in Washington that the bill “will repeal the president’s military vaccine mandate, a policy which this Democratic administration had stubbornly clung to, even as it had clearly undermined readiness and hurt retention.”

Austin imposed the mandate with the backing of Biden, who separately imposed or directed mandates on health care workers, private businesses, federal workers, and federal contractors. Most have been struck down or paused by courts, but others are still in place.

No Democrats had appeared to react to the inclusion of the mandate provision.

A number of Republicans had vowed to not vote for an NDAA without such a provision, including Sen. Rand Paul (R-Ky.) and 19 other senators.

A member of the United States military receives the Moderna coronavirus vaccine at Camp Foster in Ginowan, Japan, on April 28, 2021. (Carl Court/Getty Images)

Most military members have complied with the mandate, with 99 percent of active-duty members receiving at least one vaccine dose.

Kirby told reporters officials “take some comfort” in the vaccination levels, putting forth a possible justification for Biden not vetoing the measure.

“It’s very clear that the overwhelming number of our troops are getting vaccinated and protecting themselves as well as their teammates, as well as their families,” Kirby said, adding that he would not “get ahead of the process here.”

Austin told reporters recently that he supported keeping the mandate in place, saying it has “kept people healthy.”

The Pentagon did not respond to a request for evidence for that.

Austin said in a memorandum dated Aug. 24, 2021, to top military officials that he determined that a mandate was needed “to protect the Force and defend the American people.” But the vaccines have provided little shielding against infection since Omicron emerged in late 2021, and the protection they provide against severe illness has gone down considerably.

House Minority Leader Kevin McCarthy (R-Calif.) was among those who said ending the mandate was not enough.

“While I applaud the end of this onerous mandate—the Biden administration must go further,” he said in a statement.

McCarthy called for reinstating any military personnel who were kicked out for vaccine refusal.

Combined, military branches have discharged more than 8,400 members for not complying with the mandate. Hundreds of others face discharge, though courts have stopped the removal of many who are seeking religious exemptions.

McCarthy also said that the records of those members must be corrected.

Rep. Scott Fitzgerald (R-Wis.) called for the passage of a bill he introduced that would protect the benefits of members who were discharged due to the mandate. 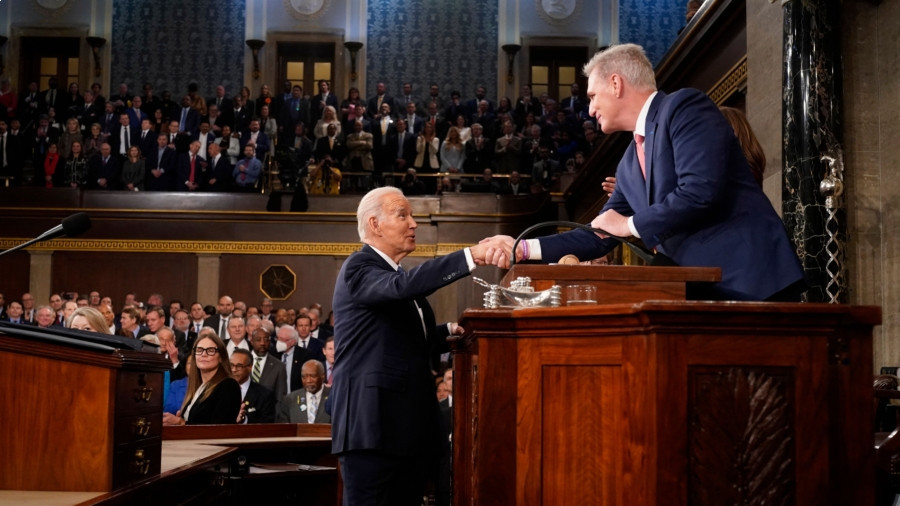 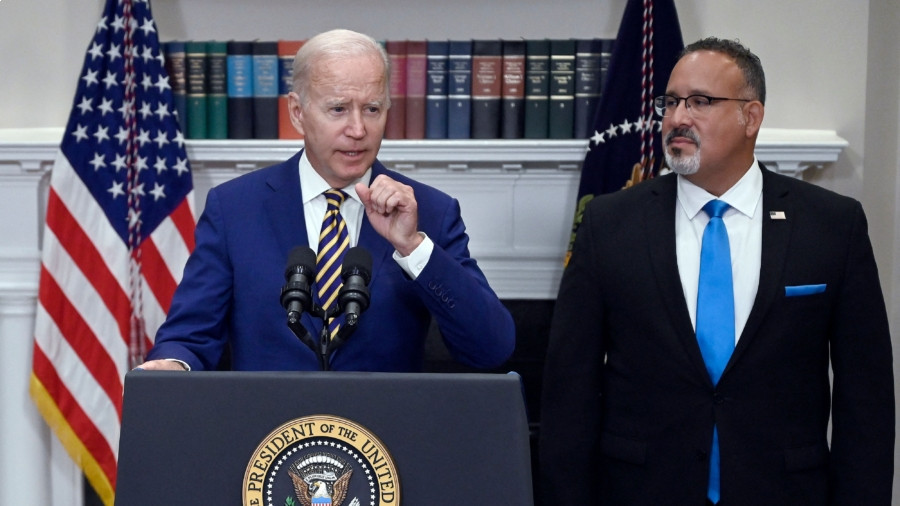