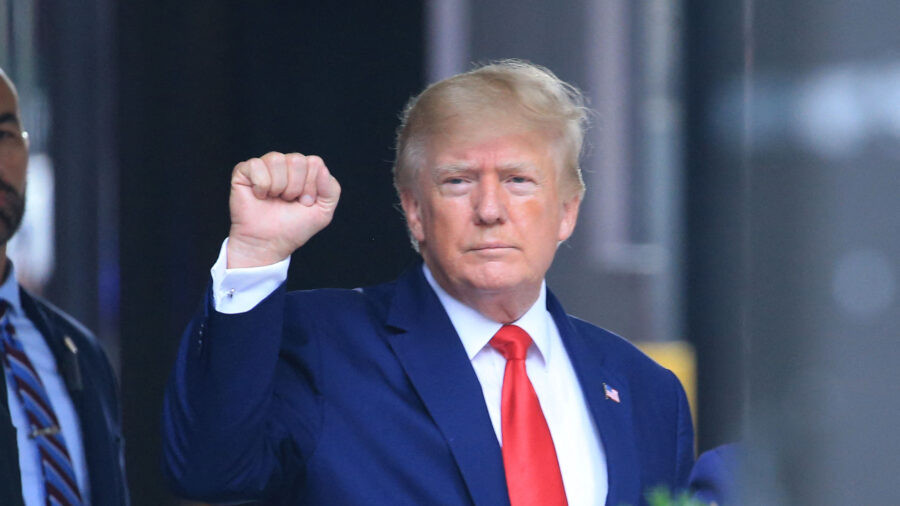 “Breaking: DonaldJTrump.com is shattering all fundraising records and I’m told has raised more money in the past 24 hours than ever before in recent history! The American people are [angry]!” Eric Trump wrote on Truth Social.

The former president’s second-oldest son did not say how much was raised in the past two days.

After Trump confirmed the raid occurred at his Palm Beach, Florida, on Monday, he has sent out numerous emails and text messages that include links to donate.

Trump and other top Republicans say the FBI and Department of Justice are acting in a blatantly political manner, with members of Congress promising investigations. Further, they’ve accused the Biden administration of weaponizing federal law enforcement to harm Trump’s and Republicans’ chances during the midterm elections, which are only about 90 days away.

“They are trying to stop the Republican Party and me once more,” Trump said in a fundraising email Tuesday, which was seen by The Epoch Times. “The lawlessness, political persecution, and Witch Hunt, must be exposed and stopped.”

Trump on Tuesday also released a political ad describing the United States as a “nation in decline” and makes reference to what is described as numerous failures on behalf of the Biden administration including the fall of Afghanistan, inflation, high energy prices, and more.

“We are a nation that allowed Russia to devastate a country, Ukraine, killing hundreds of thousands of people, and it will only get worse,” Trump says in the clip. “We are a nation that has weaponized its law enforcement against the opposing political party like never before.”

Both the Justice Department and FBI have declined to comment or even confirm the raid to numerous news outlets. The Epoch Times has contacted the two agencies for comment.

Stark images of FBI agents holding rifles during the Mar-a-Lago raid have since been uploaded online as Trump spokeswoman Christina Bobb confirmed about two dozen agents descended on the property Monday. She told news outlets that Trump’s team members were denied the ability to watch the agents, who took boxes of documents.

On Truth Social Wednesday, Trump warned that the FBI may have planted evidence.

“The FBI and others from the Federal Government would not let anyone, including my lawyers, be anywhere near the areas that were rummaged and otherwise looked at during the raid on Mar-a-Lago,” the former commander-in-chief wrote. “Everyone was asked to leave the premises, they wanted to be left alone, without any witnesses to see what they were doing, taking or, hopefully not, ‘planting.’ Why did they STRONGLY insist on having nobody watching them, everybody out?”

As a former president, Trump is the GOP’s most influential figure. Some analysts say the FBI’s actions could boost his standing even more.

“The Biden administration is only adding rocket fuel to Trump’s campaign prospects and energizing his supporters who want him to run again,” said Ron Bonjean, a Republican strategist in Washington, told the Reuters news agency. “There should be more transparency around the decision to have this FBI raid because it looks overly political and allows Trump to say he’s being unfairly attacked.” 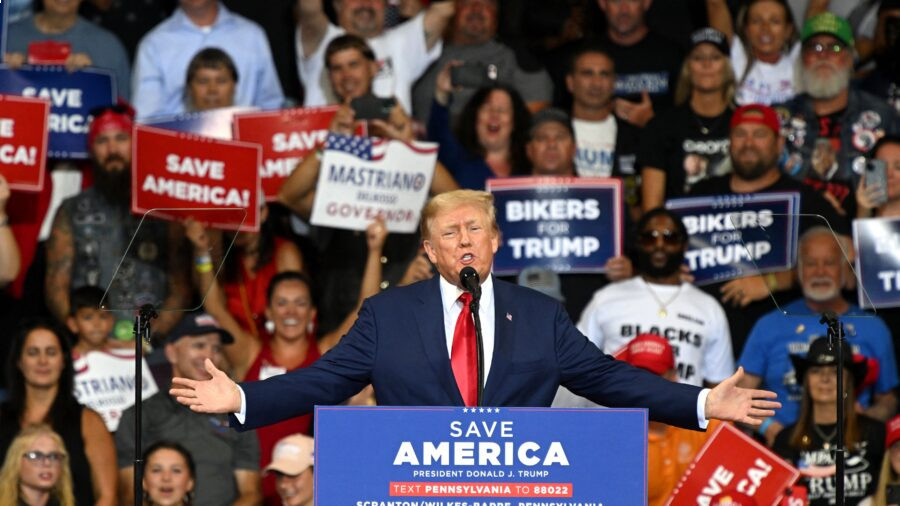