Save
Facebook Twitter link
The attorneys general of 22 states have filed a lawsuit against the Biden administration over a new rule that seeks to block federal meal funding from schools that don’t follow the administration’s gender identity policies.

In May, the U.S. Department of Agriculture (USDA) issued a notice that state and local agencies, program operators, and sponsors receiving funding from the agency’s Food and Nutrition Service must update their policies to include new protections related to sexual orientation and gender identity.

“The Department’s Memoranda and Final Rule concern highly controversial and localized issues of enormous importance to the States, their subdivisions, affiliates, and citizens. The Department has no power to settle such issues, let alone by executive fiat without providing any opportunity for public comment,” the lawsuit states (pdf).

Organizations that receive federal meal funding must update their policies and signage prohibiting discrimination based on sexual orientation and gender identity and must investigate, to the federal government’s satisfaction, complaints of discrimination on such grounds.

The USDA issued a fact sheet with examples of what would be considered discrimination.

Under the new directive, schools that require students to use the bathroom corresponding to their biological sex would be in violation of the policy, as well as schools that prevent biological males from joining girls sports teams.

Failing to use a student’s preferred pronouns would also be considered a violation and would warrant an investigation, according to the fact sheet (pdf).

The 22 attorneys general argued that by issuing regulations without going through the official rulemaking process, the Biden administration violated the Administrative Procedures Act (APA). The APA makes it clear that the public must be given notice and the opportunity to comment when a government agency engages in substantive policymaking or changes to the law.

They also took issue with the USDA’s legal argument.

The USDA invoked the Supreme Court’s 2020 decision in Bostock v. Clayton County to justify the new directive. The court ruled that any person who applies for a job or is working with an employer that employs at least 15 people is protected against discrimination based on gender identity and sexual orientation.

The lawsuit argues that the Supreme Court’s 2020 decision on employment discrimination does not apply to Title IX, which bans discrimination based on sex in education.

In a written statement about the lawsuit, Indiana Attorney General Todd Rokita slammed the White House for injecting politics into school food programs.

“We all know the Biden administration is dead-set on imposing an extreme left-wing agenda on Americans nationwide,” he said. “But they’ve reached a new level of shamelessness with this ploy of holding up food assistance for low-income kids unless schools do the Left’s bidding.”

The National School Lunch Program provides food to about 30 million school children across the United States every day, many of whom rely on the program for breakfast, lunch, or both.

Rokita and 25 other attorneys general signed onto a June 14 letter to President Joe Biden, expressing concerns about the USDA’s new rule. The letter asks Biden to direct USDA Secretary Tom Vilsack and the agency to rescind the guidance (pdf).

The attorneys general said the USDA directive flouts the “rule of law” and relies on “patently incorrect legal analysis” that is presently being scrutinized by federal courts. 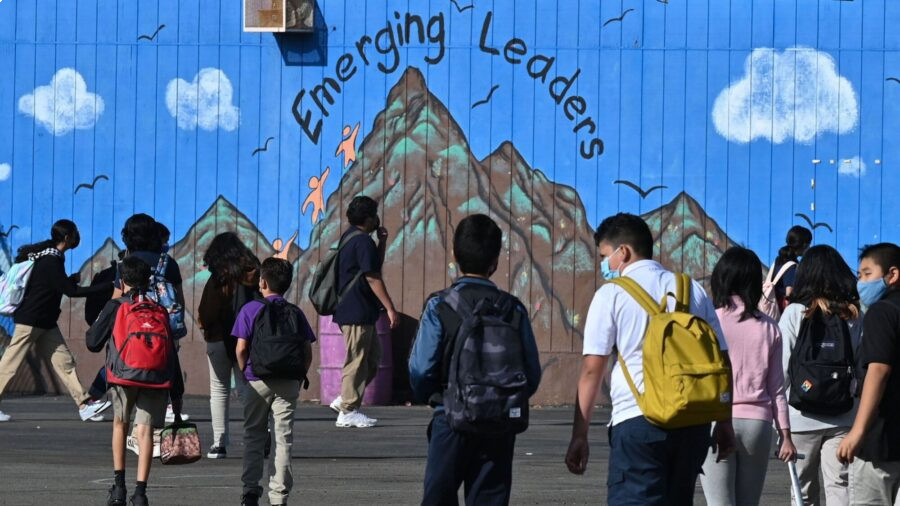