Save
Facebook Twitter link
Former President Donald Trump took to his own social media platform Tuesday to condemn Bob Woodward, alleging the veteran journalist has no right to publicize his early talks.

Newly released clips of a total of 20 past interviews show the then-president discussed issues including nuclear weapons and his handling of the COVID-19 pandemic with the longtime Washington Post journalist, who made his name for breaking stories about the Watergate scandal in late 1972.

“As he fully understands, writer Bob Woodward never got my permission to release tapes of my various interviews with him,” Trump wrote in a Truth Social post on Oct. 25.

Trump argued that the conversation recordings were solely to serve Woodward’s printed publication in 2020 about his presidency. “Those tapes were allowed only for purposes of making sure that he got my quotes & statements correct for ‘the WRITTEN WORD,’ in other words, for his, nevertheless, highly inaccurate book,” he added.

“The tapes are much better than the book,” Trump continued, “at least if they were not bludgeoned to death by him to make me look as bad as possible, but he & his publisher had NO right to use my ‘VOICE’ or them!”

‘All on the Record’

In response, Woodward said later that day that the recordings “were done voluntarily.” “It was all on the record. I’ve used some of it before,” he told CNN’s Wolf Blitzer.

Despite clips from his new book portraying Trump as being ignorant and incompetent as the chief commander in the White House, the 79-year-old journalist claimed in an op-ed published Sunday in The Washington Post, that the interviews, which “pounded” in his ears, gave “an unvarnished portrait” of the former president while saying that disclosing raw interviews was unprecedented for him.

A file image of Bob Woodward attending the 2019 PEN America Literary Gala at the American Museum of Natural History in New York City on May 21, 2019. (Dimitrios Kambouris/Getty Images)

Last Friday, Trump pledged to sue the journalist, whom he called “a very sleazy guy,” over the release of the tapes.

“In many ways, I like the tapes, I insist on tapes, but I also say the tapes belong to me,” Trump told Fox News host Brian Kilmeade.

“We gave tapes for the written word, not tapes to sell, and that’s always made clear,’ he said. “Now he’s making an audiobook out of it, so we’ll sue him.”

Trump granted Woodward the taped interviews in cooperation with the reporter’s second book on his presidency, titled “Rage,” which came out shortly before the 2020 presidential election. The Watergate journalist’s first 2018 book about the Trump White House, which the president didn’t work with, casts the administration as chaotic and dysfunctional. 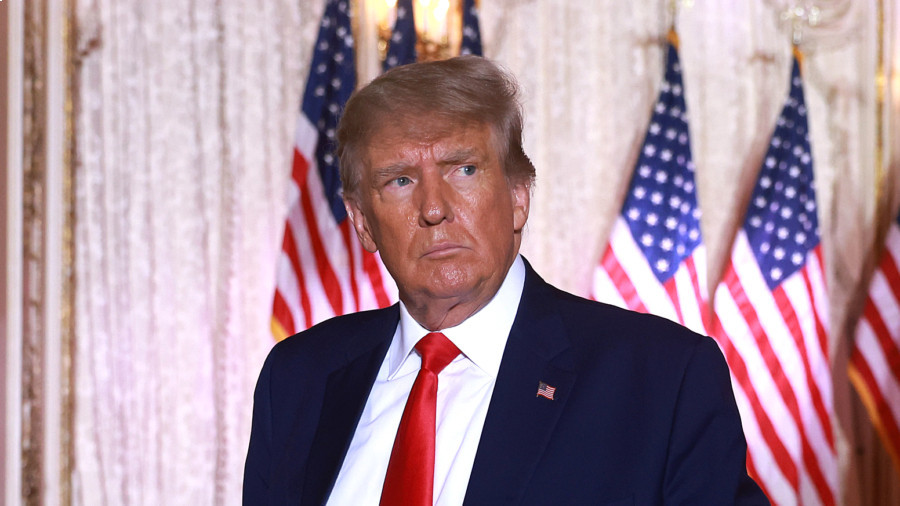