The claim that Trump engaged in lurid sexual activity at a Ritz-Carlton hotel in Moscow, featured in Steele’s dossier, will be contested by a German citizen who used to be the general manager of the hotel, prosecutors with the team said.

Bernd Kuhlen, the former manager, does not speak Russian and does not recall ever meeting with or speaking with Igor Danchenko, who has identified himself as the intermediary for the unsubstantiated claim, according to the new document.

“Mr. Kuhlen also has denied (1) having knowledge of the Ritz-Carlton Allegations at any time prior to their being reported in the media, (2) discussing such allegations with, or hearing them from, the defendant,” prosecutors said. “Mr. Kuhlen also has confirmed to the Government and will testify at trial that he was the only ‘western’ member of management at the hotel in June 2016. In short, the Government intends to prove at trial that the defendant falsely sought to attribute the Ritz Carlton Allegations to Mr. Kuhlen” and businessman Sergei Millian.

Danchenko is set to go on trial in October on five counts of lying to the FBI about where he received information he conveyed to Steele for the dossier, which was paid for by Trump’s rival Hillary Clinton and other Democrats.

Many claims in the dossier have been rejected by U.S. authorities, and others remain unsubstantiated to this day.

Durham’s team has not previously identified any persons it plans to call in Danchenko’s trial.

The motion containing the information was filed under seal on Sept. 4. Prosecutors asked a judge on Tuesday to make it public, and he quickly agreed.

Steele claimed in the dossier that Trump engaged in sexual activity at the hotel. Danchenko reported the claims to Steele in July 2016. The dossier portion containing the claims was dated June 20, 2016.

The report says that a person described as “Source D,” a close associate of Trump, organized Trump’s trips to Moscow and confirmed Trump’s alleged activity. Steele also claimed that “Source E,” a senior Western staffer at the hotel confirmed the claims.

Questioned by the FBI about the claims, Danchenko said in January 2017 in Washington that he sourced the information while staying at the hotel in June 2016. He said he was invited to Moscow by Charles Dolan, a longtime Clinton family associate. Danchenko later told FBI agents that he only visited the hotel, rather than sleeping there.

Danchenko has told authorities that he spoke with Millian, a businessman, but the government found he had never done so, according to charging papers. Millian was for years identified as possibly being “Source D.” Danchenko said that that source “could be … Sergei Millian,” according to the new filing.

While Danchenko was not charged over his claims regarding the hotel, his efforts “to false attribute” the allegations to “Source D” and “Source E” “were part and parcel of the very same efforts to fabricate information that underlie false statements charged in the Indictment,” prosecutors said.

“To state the obvious, it would be impossible for Millian to confirm the Ritz Carlton Allegations (and other information) to the defendant in June 2016 because the defendant repeatedly informed the FBI that the first and only time he allegedly communicated with Millian was late July 2016,” they added. “Put bluntly, these facts demonstrate that the defendant could not keep his lies straight, and that the defendant engaged in a concerted effort to deceive the FBI about the sourcing (or lack thereof) of the Steele Reports. Accordingly, this evidence is intrinsic to the charged offenses as they relate to Millian and is properly admitted as direct evidence.”

Prosecutors are asking to address the information during the trial even though the exact alleged lies weren’t charged.

Dolan, who has not been charged, was not a source for any of the information relayed to Steele, Danchenko allegedly told the FBI.

But evidence presented at trial will show hotel staffers gave Dolan and a Dolan acquaintance, Steven Kupka, a tour of the presidential suite that was the purported location of Trump’s activity, prosecutors said.

“Had the FBI known that Dolan was a fact witness in this respect, it is more likely that they would have interviewed Dolan about the Ritz-Carlton Allegations, given his proximity to the defendant and the hotel staff at the time the information was allegedly collected,” they said.

“Indeed, the Government anticipates that Mr. Dolan will testify that (1) it was he and Mr. Kupka who attended a lunch with the Ritz-Carlton general manager and other hotel staff during the June 2016 Moscow trip and that the defendant was not present, and (2) neither Donald Trump nor his purported sexual practices were ever discussed at that lunch. Further, the Government also anticipates that Mr. Dolan will testify that Ritz-Carlton hotel staff did, in fact, provide the aforementioned tour of the presidential suite as part of the June 2016 trip and that, again, Donald Trump and his purported sexual practices were not discussed during that tour.” 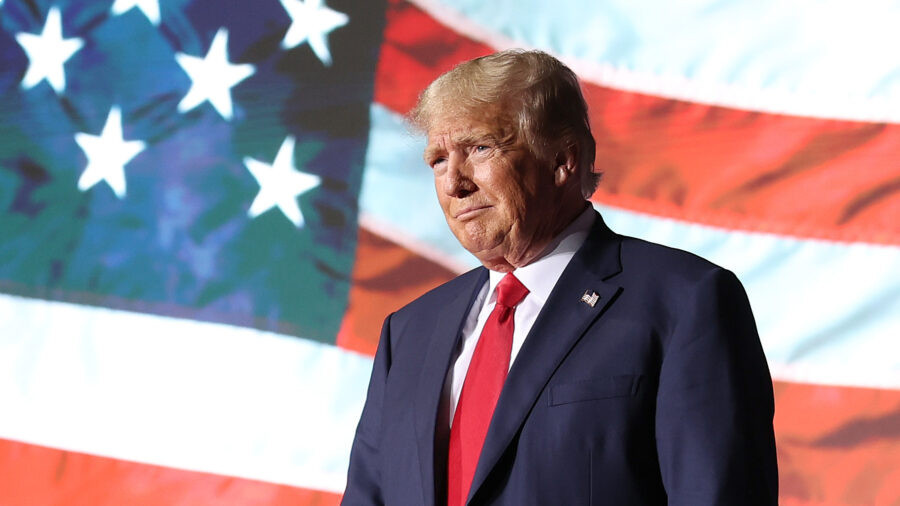