Save
Facebook Twitter link
A top former Republican leader and prominent attorney has said that the homes of more supporters of former President Donald Trump may soon be raided by FBI agents—weeks after the unprecedented Aug. 8 raid of Mar-a-Lago.

Harmeet Dhillon, who was the vice chairwoman of the California Republican Party, told Fox News that within 24 hours of a Politico reporter’s Twitter post claiming that the FBI is ready to serve warrants, “three of our clients … did either get search warrants or subpoenas. And these subpoenas are extremely broad.”

In a Twitter post, Dhillon alleged that someone Department of Justice’s (DOJ) Jan. 6 team “told a Politico reporter that 50 or so search warrants and grand jury subpoenas were being issued to Trump allies—before it happened. Clients, already being harassed by House J6 Committee investigators.”

“Our clients [Women for America First] are among those targeted for their peaceful, First-Amendment-protected, speech about 2020 election,” she wrote. “These bullying tactics are designed to target [and] intimidate Trump supporters.”

She did not elaborate on the other individuals who may be targeted by the FBI, including whether they were Trump administration staffers or associates of the former president. Last week, former Trump adviser Steve Bannon was arrested and charged by New York state officials for allegedly partaking in a scheme connected to a private border wall construction effort.

Dhillon added that the subpoenas “ask for broad categories of documents” and ask “for all communications dating from a month before the election until a month, two months after the election.”

The Epoch Times has contacted the Department of Justice (DOJ) and FBI for comment.

The subpoenas “ask for all communications regarding dozens of people and the categories are alternate electors, fundraising around irregularities around the election,” Dhillon told host Tucker Carlson, “and also a rally that happened before the Jan. 6 situation at the Capitol.”

Dhillon then speculated that based on the Politico reporter’s Twitter post, the FBI is leaking information to reporters before they’re executed. For years, Trump and members of his team have accused the agency of passing on confidential information or even disinformation to mainstream outlets in a bid to denigrate his presidency and reelection chances.

“There’s no other explanation for this,” the lawyer said. “And I think the reason for this is to instill fear into Donald Trump’s supporters and into those who would challenge election irregularities right before an upcoming election.”

She did note, however, that it is “illegal for the DOJ to leak this information to the media.”

In the battle over whether to appoint a special master in handling documents that were taken from Trump’s Florida residence last month by FBI agents, a Florida federal judge, Aileen Cannon, last week sided with the former president and argued that leaks to the media would cause him harm. She ordered the appointment of a special master, while the DOJ appealed the decision to the U.S. Court of Appeals for the 11th Circuit, which features six Trump-appointed judges.

Days after Cannon’s order, both Trump and the DOJ submitted the names of individuals to handle the documents. A special master is a neutral arbiter who can handle certain matters in court disputes and is usually a retired judge or prosecutor.

A warrant and property receipt that was unsealed last month show the DOJ is investigating Trump on possible obstruction of justice and Espionage Act-related charges, pointing to alleged classified materials that were being stored at Mar-a-Lago. The 45th president and members of his team, however, said that he had a standing declassification order and pointed to a memo he issued in early 2021 while he was still president.

Bannon, meanwhile, told The Epoch Times in an interview published this weekend that the charges against him are politically motivated—echoing statements made by his former boss.

“They were trying to de-platform me and shut me down. It’s not gonna happen,” he said, adding, “they’ve got a populist revolt that’s out of control, and they’re trying to take me out of this election.” 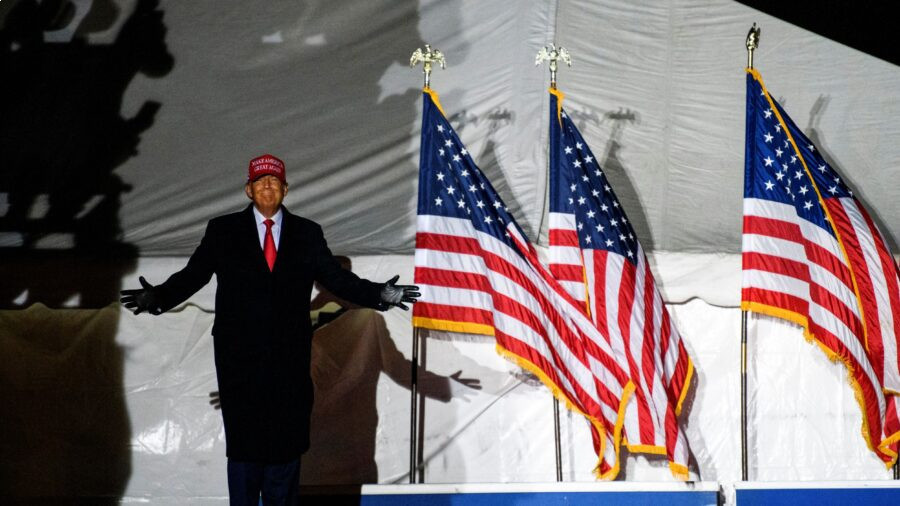