DeSantis: Doctors Who Perform Transgender Surgeries on Children Should ‘Get Sued’ 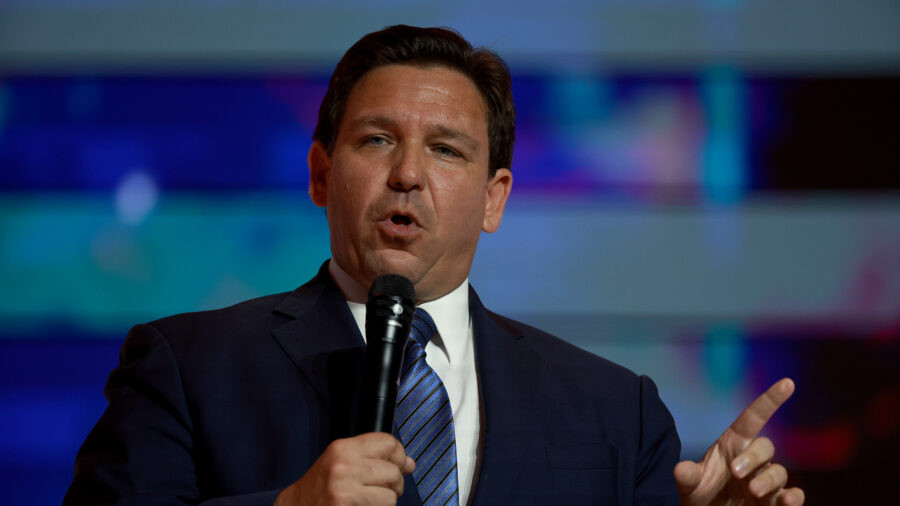 “They don’t tell you what that is—they are actually giving very young girls double mastectomies, they want to castrate these young boys,” DeSantis said at an event in Florida on Wednesday, referring to such procedures. “Both from the health and children wellbeing perspective, you don’t disfigure 10, 12, 13-year-old kids based on gender dysphoria, 80 percent of it resolves anyways by the time they get older. So why would you be doing this?”

“I think these doctors need to get sued for what’s happening,” DeSantis said in conclusion. He didn’t say whether his administration would be taking steps to make it easier for individuals to file lawsuits against the doctors.

And in a letter to the Florida Board of Medicine in June, the Republican governor’s administration called on physicians to stop performing medical procedures on children who are said to have gender dysphoria.

“Available medical literature provides insufficient evidence that sex reassignment through medical interventions is a safe and effective treatment for gender dysphoria,” the letter said, adding that the state “must do more to protect children from politics-based medicine.”

More than a week ago, 22 states filed a lawsuit against the Biden administration over a new rule that would threaten to withhold funding to schools for meal programs unless states comply with its policies around the teaching of gender identity and sexual orientation in class.

“The Biden administration’s sweeping rhetoric treats normal practices, such as sex-separated bathrooms and athletics, as ‘discriminatory’ even though DOJ [Justice Department] and the Department of Education treated those as legal, nondiscriminatory practices as recently as last year,” the suit stated.

In Congress, several Republican lawmakers in late June introduced a bill that allows individuals to sue doctors who performed gender transition surgery when they were minors. The measure allows a 30-year statute of limitation in most cases, prohibits federal health funds from going to states that force medical practitioners to perform transition procedures, and makes it clear that federal law cannot be construed to force practitioners to offer such procedures. DeSantis Insists Disney Will Have to Pay Its Debts, Says ‘Additional Legislative Action’ in the Works