Save
Facebook Twitter link
New York health officials this week reported the state’s first known case of monkeypox in a patient aged under 18.

A new weekly summary of Monkeypox Cases from the New York State Department of Health confirmed that the affected person resides outside of New York City, but did not specify where in the state the case was reported.

Owing to patient confidentiality, the data (pdf) did not specify whether the person affected was a child or a teenager.

The case is one out of about 2,800 monkeypox cases in the state of New York, with the vast majority—2596 cases—in New York City, according to New York’s health department as of Aug. 19.

Monkeypox is a rare viral illness that does not usually cause serious illness, but may still result in hospitalization or death. In the outbreak this year, monkeypox cases have involved a rash often located in the genital and peri-anal regions. Other symptoms may include fever, swollen lymph nodes, and pain upon swallowing. Most cases last two to four weeks. The condition has been spreading primarily among the LGBT population.

Cases of monkeypox in children were reported for the first time in July, in a toddler in California and an infant who is not a U.S. resident. They received antiviral treatments for the disease.

Dr. Rochelle Walensky, the director of the Centers for Disease Control and Prevention (CDC), said in late July that the two children’s cases can be traced back to “individuals who come from the men-who-have-sex-with-men community, the gay men’s community.” She noted that the cases, which were unrelated and occurred in California and Washington, D.C., may be the result of household transmission, but did not elaborate on the link.

The United States has logged over 14,000 cases of confirmed monkeypox or orthopoxvirus cases as of Aug. 18.

Reports said a ninth pediatric case of monkeypox was reported on Aug. 17, which also marked the first such case in Oregon state.

New York, California, and Illinois each declared states of emergency over the monkeypox outbreak over the past month.

So far this year, there have been more than 35,000 cases of monkeypox in more than 90 countries and 12 deaths.

Separately, a report from The Lancet medical journal earlier this month detailed what is believed to be the first recorded case of human-to-dog transmission of monkeypox. The case was reported in France, in a pet dog of a homosexual male couple aged 44 and 27, who were co-sleeping with the dog. 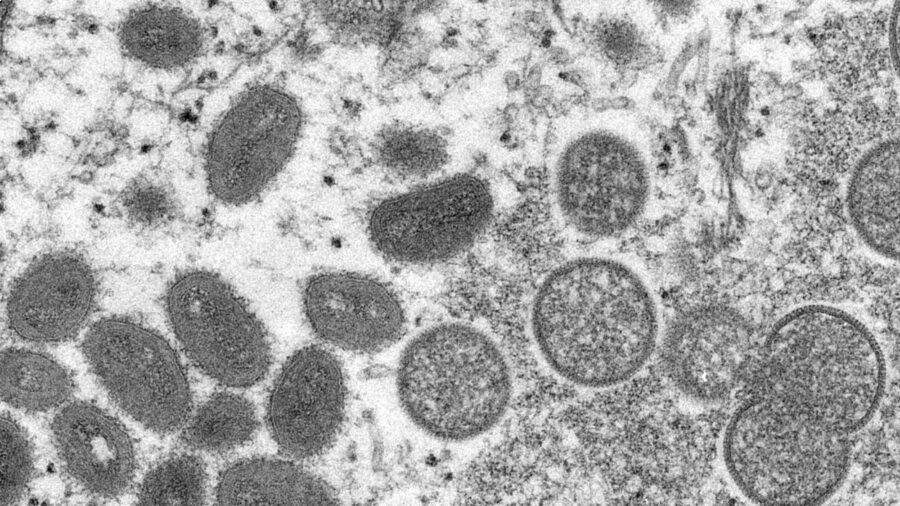