Save
Facebook Twitter link
The U.S. economy contracted in the second quarter, marking two consecutive quarters of negative growth, which is a common definition of a recession.

The gross domestic product (GDP) shrank 0.9 percent at an annualized pace, following a drop of 1.6 percent in the first quarter, the Commerce Department said Thursday. The market had penciled in a gain of 0.5 percent during the April-to-June span.

The decline in GDP reflected declines in inventories (-2.01 percent), residential investment (-0.71 percent), and government spending (-0.33 percent). But this was offset by gains in exports (+1.43 percent) and consumer spending (+0.7 percent).

“The U.S. economy is slowing at a significant rate,” economist Mohamed El-Erian tweeted shortly after the numbers were published. “Add to that the 8.7% price change in today’s data and the bottom line is clear: Deepening stagflation and flashing red recession risk.”

Moreover, the drop in inventories was led by a decline in retail trade, primarily in general merchandise stores and motor vehicle dealers. The decrease in government spending was attributed to a dip in non-defense expenditures, mainly due to the sale of crude oil from the Strategic Petroleum Reserve (SPR).

Morgan Stanley economists issued a report declaring a “technical recession” for the economy.

Morgan Stanley expects a stronger growth in the third quarter of this year.

The GDP report’s silver lining was the increase in consumer spending on services. However, spending on both durable and nondurable items saw a significant decline. This was caused by a record decline in grocery spending, as high food costs prompting consumers to purchase less expensive items, according to Morgan Stanley.

Stocks fell at the start of trade on Thursday due to the GDP news, but recovered later in the day. The Dow Jones Industrial Average gained more than 300 points, while the S&P 500 rose nearly 1 percent. The Nasdaq Composite Index gained 0.7 percent.

A woman checks an item from the meat department while grocery shopping at a supermarket in Alhambra, Calif., on July 13, 2022. (Frederic J. Brown/AFP via Getty Images)

Most economists generally look for two consecutive quarters of decline in GDP to determine whether an economy has entered a recession. The White House Council of Economic Advisers challenged this notion, citing the official definition, in a recent blog.

Recessions in the United States are officially declared by a committee of economists at the National Bureau of Economic Research (NBER). The NBER defines a recession as “a significant decline in economic activity that is spread across the economy and that lasts more than a few months.”

According to the White House, recessions should be determined and “based on a holistic look at the data,” by taking into account the labor market, consumer and business spending, industrial production, and earnings, as opposed to economic growth data in just two quarters.

Over the last week, the White House has been criticized for downplaying recession risks and disputing the common definition of recession.

“Two negative quarters of GDP growth is not the technical definition of recession,” National Economic Council (NEC) adviser Brian Deese told reporters during a briefing on Tuesday. “The most important question economically is whether working people and middle-class families have more breathing room.”

But in 2008, Deese noted that “economists have a technical definition of recession, which is two consecutive quarters of negative growth.”

Treasury Secretary Janet Yellen had dismissed recession concerns during an interview with NBC’s “Meet the Press,” alluding to “a very strong labor market.”

“This is not an economy that’s in recession,” she said.

In a post-Federal Open Market Committee (FOMC) press conference on Wednesday, Federal Reserve Chair Jerome Powell also asserted that the United States was not in the middle of an economic downturn, pointing to the employment situation.

“I do not think the U.S. is currently in a recession, and the reason is there are too many areas of the economy that are performing too well,” Powell said.

In recent weeks, the growing base case for many economists and Wall Street firms has been a recession, pointing to a broad array of data supporting this projection. But the timing has varied, ranging from the end of the year to sometime in the next 24 months.

“None of this is to say that recession risks are nothing to worry about. Rather, we expect that recession risk will crest in 2023, as that’s when the economy will feel the brunt of Fed tightening. In particular, rising interest rates are starting to trigger a downturn in the housing markets. We expect housing starts to decline 10% in 2023, which will weigh heavily on broader economic activity,” wrote Preston Caldwell, the head of U.S. Economics for Morningstar, in a note.

Bryce Doty, the senior portfolio manager at Sit Investment Associates, stated in a note on Wednesday that Americans understand when their standard of living is declining.

“Economists have a delusional concept of recession,” he said. “Since April of last year, real wages have turned negative. Workers are going backwards as higher costs outpace wages increases resulting in a net reduction in what people are able to afford.”

Looking ahead to the third quarter, the Atlanta Fed Bank will publish its first GDPNow estimate Friday. 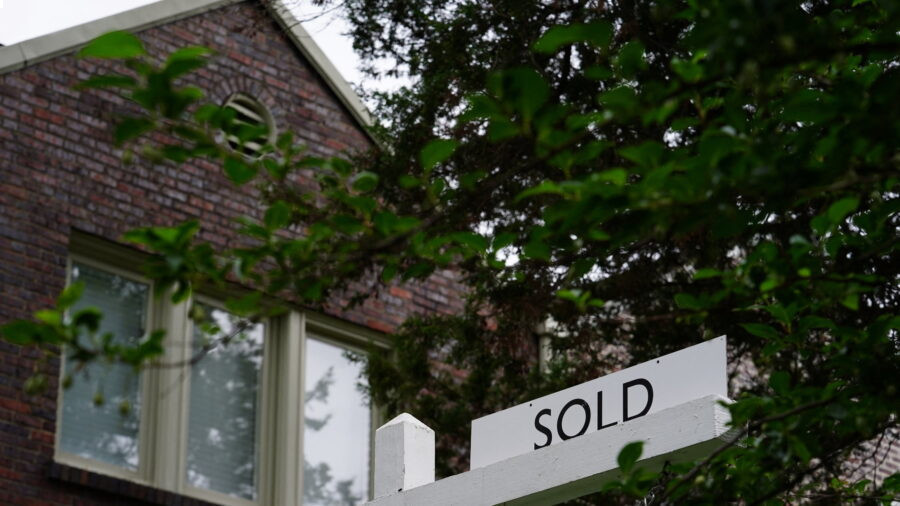