The S&P Global flash U.S. Composite PMI Output Index, which tracks the manufacturing and services sectors, fell to 47.3 this month from a final reading of 49.5 in September.

A reading below 50 indicates private sector contraction. Outside the slump during the first wave of the COVID-19 pandemic in the spring of 2020, business output is currently retreating at its fastest pace since the global financial crisis of 2008–09, according to S&P Global.

“The decline was led by a downward lurch in services activity, fueled by the rising cost of living and tightening financial conditions,” he added.

The White House, meanwhile, has focused on other economic data, seeking to paint a picture of a robust economic recovery under Biden’s stewardship as the midterm election looms large and recent polls show Americans trust Republicans more to better handle the economy and inflation.

Gas prices have fallen by an average of $1.22 per gallon nationwide since hitting record highs in June, with the White House releasing a statement touting Biden’s efforts to bring down prices at the pump.

“President Biden is committed to doing everything in his power to bring prices down for American families,” the White House said, citing Biden’s decision to tap the Strategic Petroleum Reserve (SPR) and his repeated jawboning of oil and gas companies to pass on lower wholesale prices to consumers.

While American drivers are sure to welcome the drop in gas prices, inflation has been running near multi-decade highs, with a recent survey showing that the number of Americans living paycheck to paycheck amid soaring prices has jumped close to an all-time high.

Real wages, which are adjusted for inflation, have declined by 3.3 percent over the past 12 months, amplifying the cost-of-living crunch facing U.S. households.

White House Trying to ‘Spin’ Its Way Out of Rising Prices

Brian Riedl, an economist and senior fellow at the Manhattan Institute, told Fox News in a recent interview that the White House is trying to spin the latest economic indicators to paint a rosy picture ahead of the midterms.

“The broader point is, again, prices are up 13 percent since President Biden was inaugurated in January 2021, and wages have gone up by just half of that,” Riedl told the outlet. “You can’t spin your way out of rising prices, falling real wages, and declining stock values.”

A separate White House statement on Monday touted record-low unemployment rates in several states, saying that news outlets across the country are reporting on the “historic Biden economic recovery.”

The Bureau of Labor Statistics (BLS) recently reported that, in September, 11 states and the District of Columbia either matched or set new records for their lowest ever unemployment rates.

“This data is further proof that President Biden’s economic agenda is working, and that the U.S. economy is moving from a historically strong economic recovery to more steady and stable growth,” the White House said.

The labor force participation rate, which reflects the percentage of working-age adults looking for work or working, came in at 62.3 percent in September, well below the pre-pandemic level of 63.4 percent.

Heritage Foundation research fellow E.J. Antoni told Fox News that the rhetoric coming out of the White House on the economy has become “Orwellian.”

“If you want to look at only certain numbers in a very isolated way, you can make a case that people are doing better and that the economy is doing better,” he told the outlet. “But when you look at things holistically, the economy is more on shaky ground than solid ground,” he said.

The U.S. economy contracted for two consecutive quarters this year, meeting the informal definition for a recession.

Economists polled by Reuters expect that the preliminary third-quarter GDP estimate, due from the Department of Commerce on Thursday, range from an annual growth rate of 0.8 percent to 3.7 percent, with a median projection of 2.4 percent.

The economy is slowing, however, as the Federal Reserve tightens monetary policy aggressively to cool demand and bring inflation back to its target of 2 percent.

S&P Global said that its flash manufacturing PMI fell to 49.9 in September, its first contractionary reading since June 2020, from 52.0 in September. 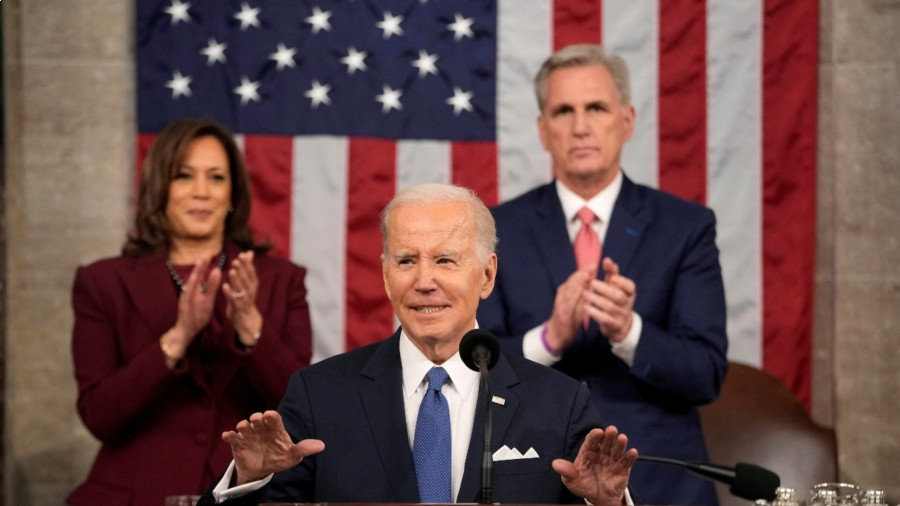 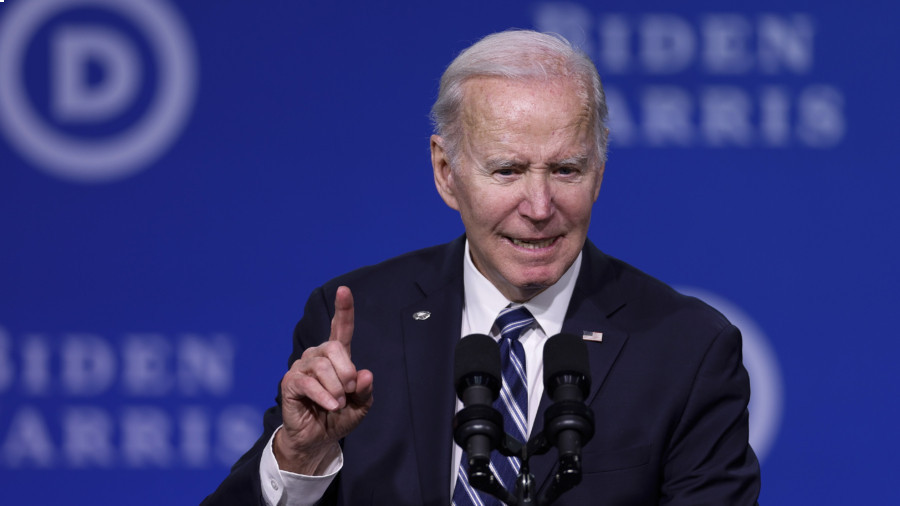