Save
Facebook Twitter link
Multinational PR firm Zeno, whose blue-chip clients include brands like Coca-Cola and Starbucks, has responded to reports that it was advising clients to stay neutral on the leaked Supreme Court draft opinion that suggests Roe v. Wade is on track to be overturned.

Jason Morley, Senior Vice President of Zeno Group, shared a statement with The Epoch Times on behalf of Zeno, which indicated that the PR firm’s guidance to staff and clients “has been misconstrued by some as telling clients to stay silent.”

“This is simply not true, and does not accurately represent our point of view,” said the statement provided by Morley.

Guidance to Zeno’s clients contained in internal communications obtained by Popular Information claimed that Zeno was privately advising its high-profile corporate clients to avoid commenting or otherwise taking a stand on the Supreme Court draft, whose leak sparked a flurry of protests and media attention.

Politico obtained and published the draft opinion that would uphold a Mississippi law banning abortions after 15 weeks of pregnancy and overturn the Roe v. Wade decision that legalized abortion nationwide.

Zeno’s advice to its clients, as per Popular Information, was for firms not to “take a stance you cannot reverse, especially when the decision is not final.”

Calling the topic a “textbook ’50/50′ issue,” Zeno reportedly advised its customers to avoid commenting on the issue as “subjects that divide the country can sometimes be no-win situations for companies because regardless of what they do they will alienate at least 15 to 30 percent of their stakeholders,” according to Popular Information.

Zeno also reportedly advised its clients to avoid pitching any stories whatsoever to breaking news outlets, or engaging with them in general—for the time being at least—as news outlets might use the opportunity to goad companies into taking a stand on Roe v. Wade. The implication was that companies thrust into the limelight in context of a divisive issue could see their business interests harmed.

Morley told The Epoch Times that the way the “50/50” issue was being portrayed in coverage of Zeno’s guidance to clients was inaccurate.

“The email used it as a figure of speech to describe generally divisive or partisan issues, rather than a declaration of actual percentage split of U.S. sentiment on abortion rights,” he clarified in an email.

At the same time, the statement Morley shared indicated that Zeno is committed to advising its clients on complex issues and, as such, it recommends they only take a stand on the leaked draft if the company has a stake in the matter or if it’s closely aligned with its brand identity.

“We know and understand that companies are increasingly expected to take a stand on major issues, and we believe it’s right to do so when it is authentic to the organization, and consistent with their values and actions,” Zeno said.

The PR firm added that it takes seriously its responsibility to “help clients proactively navigate complex societal issues, consider the actions they may take, and the accompanying communications, internally and externally.”

Zeno, for its part, commented on the Supreme Court draft and its implications for the right to abortion by saying that it believes “in equal access to healthcare for all, and a woman’s right to make decisions about her healthcare.”

“As a female-led agency, Zeno has been and will continue to be staunch advocates of women’s rights. We firmly believe that women have the right to make their own decisions, especially when it comes to their bodies and their health,” said the statement provided by Morley.

“At the same time, we live in a world with different opinions and different views, and we respect those differences,” Zeno added.

The Supreme Court opinion leak has sparked a number of protests and counter-protests, which have been loud but mostly peaceful.

The Supreme Court has confirmed the authenticity of the draft opinion but called it preliminary. A ruling in the case is expected in June. 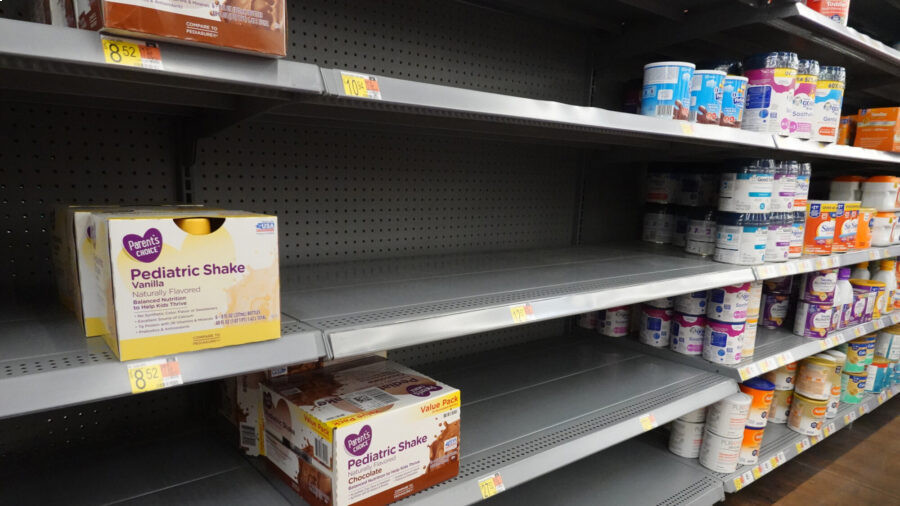 The Baby Formula Supply Problem Is Getting Worse