Save
Facebook Twitter link
An overwhelming number of Americans believe the economy is in a recession—and blame the Democrats, according to a new survey from Rasmussen Reports.

It found that 62 percent of respondents believe the U.S. economy is currently in a recession, while just 23 percent think it is not.

Of those who believe the U.S. economy is in a recession, nearly half (47 percent) were Democrats.

Furthermore, the respondents were asked if they agreed with Senate Minority Leader Mitch McConnell’s statement late last month that “Democrats inherited an economy that was primed for an historic comeback, and promptly ran it straight into the ground.”

Rasmussen found that 59 percent of voters agreed with McConnell’s statement, including 45 percent who strongly agreed with the Kentucky Republican. Thirty-five percent disagreed.

Of those who agreed, 38 percent were Democrats, including 23 percent who “strongly agree,” according to the report.

Recession or No Recession?

The latest survey follows criticism over the Biden administration’s constant downplaying of a recession in the United States, despite the two consecutive quarters of negative growth, which is the generally accepted definition of economic downturn.

Pointing to the National Bureau of Economic Research, the organization that declares when the country enters a recession, Treasury Secretary and former Federal Reserve Chairwoman Janet Yellen said in late July that their data “continues to be strong” right now.

“I would be amazed if they would declare this period to be a recession, even if it happens to have two quarters of negative growth. We have a very strong labor market. When you are creating almost 400,000 jobs a month, that is not a recession,” Yellen said during an appearance on NBC’s “Meet the Press.”

The Treasury Secretary also doubled down on previous remarks that the economy is in a “period of transition” right now, noting that “growth is slowing, and that’s necessary and appropriate, and we need to be growing at a steady and sustainable pace.”

Meanwhile, President Joe Biden himself in late July sparked fury when he said that data showing the contractions for two quarters in a row “doesn’t sound like a recession to me.”

Recent polls have shown that support for Biden is dwindling amid soaring inflation and a volatile economy. That could prove difficult looking ahead to the 2022 midterm elections in November, with 91 percent of those surveyed by Rasmussen Reports stating that they see the economy and inflation as important issues. 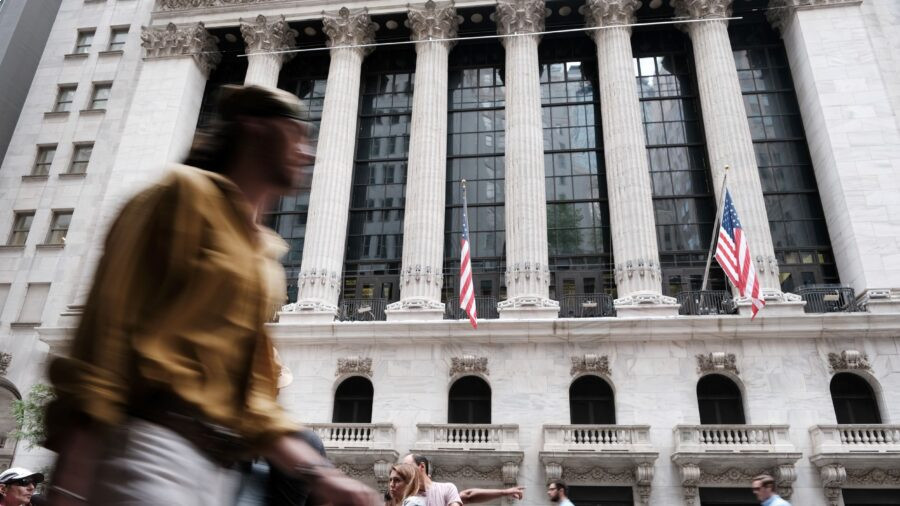