Save
Facebook Twitter link
A new poll shows that a majority of Americans feel that federal government actions over the past six months have hurt their families and that President Joe Biden’s policies have not benefited the middle class at all.

The Monmouth University poll, released on July 5, reveals that the number of Americans who are struggling financially has jumped by double digits in the past year as soaring inflation has outpaced wage gains and sparked a cost-of-living crisis.

“Economic concerns tend to rise to the top of the list of family concerns, as you might expect, but the singular impact of inflation is really hitting home right now,” Patrick Murray, director of the independent Monmouth University Polling Institute, said in a statement.

“Most Americans are blaming Washington for their current pain,” he added.

The poll, which was carried out on a representative sample of 978 adults in the United States, shows that a majority (57 percent) said that the actions of the federal government over the past six months have hurt their family when it comes to their key concern.

This is the first time ever in the history of Monmouth polling that the share of Americans blaming Washington for making their chief concern worse has climbed above 50 percent. Prior polls saw that figure vary between 34 percent and 47 percent.

A mere 8 percent said federal government policies have helped them while 34 percent said Washington actions have not had a meaningful impact when it comes to their main concern, the poll also shows.

Commenting on the findings of the poll was Rep. Thomas Massie (R-Ky.), who said in a Twitter post, “People are beginning to understand that those $1200 stimmy checks were the cheese in the trap.”

Inflation has been running at a 40-year high in the United States, with the most recent Consumer Price Index (CPI) data showing prices rising at 8.6 percent in annual terms.

Alternate measures of inflation, however, put this figure much higher. Economist John Williams, who calculates a version of the CPI using the same methodology the government used before 1980, puts the latest figure at 16.8 percent, a 75-year high.

Inflation has become the biggest concern facing American families, with 33 percent identifying this as their chief worry, the poll shows. This is a sharp increase over prior Monmouth polling, which put the figure in a range between 5 percent and 14 percent.

High gas prices follow in second place, with 15 percent identifying this as their main concern. This, too, is up from prior polls.

Gasoline prices have been trending down over the past several weeks and on July 6 the national average stood at $4.779 per gallon, according to the AAA. Still, they remain near historical highs and around $1.50 higher than a year ago.

Andrew Gross, AAA spokesperson, said that the recent downtrend could reverse as the summertime peak driving season rolls around.

“Domestic gasoline demand dipped recently, which took some of the pressure off of pump prices. About 80 percent of stations are now selling regular for under $5 a gallon,” Gross said in a statement.

“But July is typically the heaviest month for demand as more Americans hit the road, so this trend of easing prices could be short-lived,” he added.

The Monmouth poll also showed a sharp jump in the share of Americans saying they’re struggling to stay where they are financially. Prior polling put this figure in a range between 20 percent and 29 percent, while the current figure stands at 42 percent.

At the same time, the share of Americans saying they’re struggling financially has jumped from 24 percent last year to 42 percent in the most recent poll.

While Americans built up a considerable stockpile of savings during the pandemic, data show they have been increasingly drawing on those reserves to prop up spending.

Further, 54 percent of respondents said that Biden’s policies have not benefited the middle class at all. That compares to 36 percent who said the same about former President Donald Trump at roughly the same point in his term. 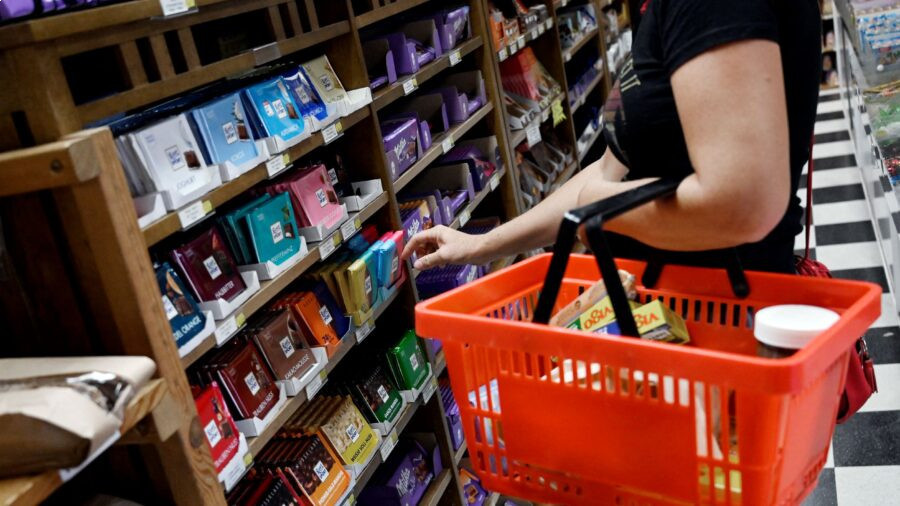