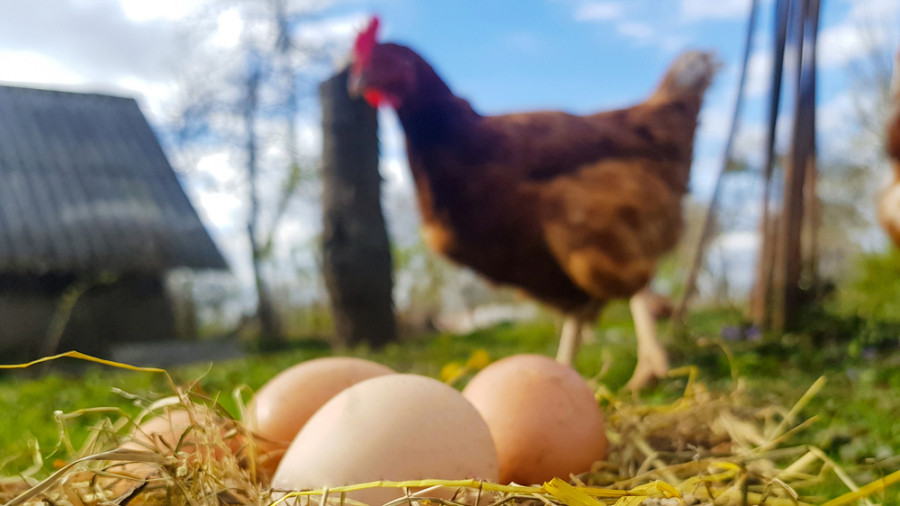 Save
Facebook Twitter link
Just before testifying at an open meeting of the Federal Trade Commission (FTC) on Tursday, Farm Action, a nonprofit campaigning against corporate influence in the farm industry, sent a letter urging the FTC “to promptly open an investigation into the egg industry” (pdf).

The price of eggs has skyrocketed in recent months, with prices up 138 percent compared to last year, according to the Bureau of Labor Statistics. A dozen eggs now averages about $4.25.

A price increase was expected considering the current inflation. In addition, the U.S. Department of Agriculture pointed to an outbreak of avian flu as a reason for the high prices. Nearly 58 million birds were wiped out by the virus in the last year, causing a significant drop in egg production and inventory.

But according to Farm Action, there is another, more nefarious factor to blame: price gouging.

“For the 26-week period ending on November 26, 2022, Cal-Maine reported a ten-fold year-over-year increase in gross profits—from $50.392 million to $535.339 million—and a five-fold increase in its gross margins,” the letter states.

Examining publicly available data from the egg industry, Farm Action determined that the disruption caused by the avian flu had but an “apparently mild impact on the industry” overall, as the average poultry stock was never more than six percent down from the prior year.

According to Farm Action’s letter, there is no legitimate reason that “justifies the dominant egg producers’ more than three-fold price hike.”

The letter concludes that “the real culprit behind this 138 percent hike in the price of a carton of eggs appears to be a collusive scheme among industry leaders to turn inflationary conditions and an avian flu outbreak into an opportunity to extract egregious profits reaching as high as 40 percent.”

“In the end, what Cal-Maine Foods and the other large egg producers did last year—and seem to be intent on doing again this year—is extort billions of dollars from the pockets of ordinary Americans through what amounts to a tax on a staple we all need: eggs,” the letter states.

Farm Action calls upon the FTC to exercise the full scope of its authority, under the Sherman, Clayton, and FTC acts, “to identify, challenge, and uproot anti-competitive arrangements that suppress competition among egg producers” and “prosecute any violations of the antitrust laws it finds within, and ultimately, get the American people their money back.”

Farm Action has also launched a citizen petition encouraging the FTC to investigate anticompetitive activity in the egg industry.